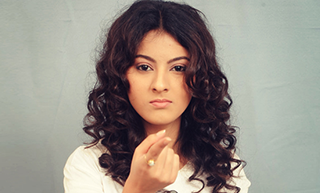 Kolkata- The new upcoming show of Colors Bangla, “Aponjon”, explores the relationship between two girls. While they are born in two opposite sections of society, fate interchanges their lives. Starting July 6th, 2015, viewers will get to witness the story from Monday – Saturday at 8.30 pm only on COLORS Bangla!!

20 years ago, a convict in an act of retribution had switched his daughter with the daughter of the advocate who had him convicted wrongly. The convict before breathing his last confesses to the switch he had made with the two girls. The advocate locates his biological daughter Siuli and brings her back to live with his family including Antara whom he had raised as his own. The lives of both girls change immediately and in a twist of fate both girls fall for the same boy, Sam, whose parent’s death and the subsequent trial had caused Antara’s biological father to be wrongly convicted.

Adding a dose of freshness to the cast will be Rajdeep Gupta, who will be back on the small screen after a long time, essaying the role of Sam. Debutant Nabanita will be playing the role of Siuli and Debjani Modak will be seen as Antara. This show is being produced by Surinder Films and directed by Manish Ghosh. Commenting on the launch, Ritika Roy, Programming Head, Colors Bangla said, “Aponjon is a show that will be high on drama and is going to be very atypical of the archaic and old school thinking. The three people, whose present changes because of their past,are in some way linked to each other culminating to a story with all the elements of anticipation, drama and suspense. After the channel’s rebranding this is our first fiction show and the USP of this is its strong storyline and the three protagonists.”

Nachiketa, the renowned singer who has returned to playback after a long time, has done the title track of the song. Portions of the show have been shot in the hills of North Bengal. The show, with its youth centric concept and fresh presentation, is sure to be loved by the masses.

About COLORS Bangla
A family entertainment channel that brought about a revolution in Bangla Television, COLORS Bangla (Erstwhile ETV Bangla) matches the distinctiveness of the rich Bangla culture with qualitative and contemporary programming.  The channel mirrors the cultural ethos and the progressive values of the Bengalis’ through innovative and relevant content. Some of our flagship shows have been programmes like BinniDhanerKhoi, 16 Aana (Sola Aana), Roshni, JhalakDikhhlaJaa Bangla, Bigg Boss Bangla, Great Music Gurukul, Byomkesh, MaaDurga and Gauridaan amongst others.

About SURINDER FILMS:
Surinder Films was formed bySurinder Singh and started as a film distribution company in 1970.In the year 1995 his son Nispal Singh joined SurinderFilms, who transformed it into one of the biggest Media and Entertainment houses in Eastern India.One of the few companies in India that operates across multiple verticals within the Media & Entertainment industry.

In the Film Entertainment space, Surinder Films has the following divisions: Production, Distribution and Exhibition.

The Distribution wing of the company has released over 200 Hindi films in Eastern India in addition to its home productions, housing its own CG, VFX, Editing Studio Called SVFX STUDIOS and an Exhibition unit.

Today, Surinder Films is a brand with which the audience associates quality, novelty and wholesome entertainment. The brand is responsible for introducing superior technical workmanship, availing the best labs in the country for post-production and initiating the shooting of Bengali Films abroad, reflecting the pervasive approach in the company’s work. The Company has not only grown in size but has displayed expertise in handling different genres of entertainment.