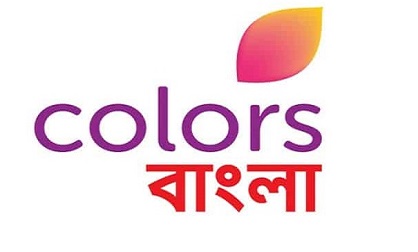 Kolkata 12th May: How often do you call an auto and see a female auto driver? There are still some career paths which are male-dominated. Those women who break the stereotypes and carve their way to success in these unconventional fields capture everyone’s heart and give courage to those who are dreaming of similar careers.

Colors Bangla brings forth the story of one such female auto driver Tumpa in its upcoming show Tumpa Autowali powered by Colgate and Dear Lotteries. The show produced by Screen Players will premier from 16th May every day at 7.30 pm on Colors Bangla.

Set against the backdrop of present-day Kolkata, the show follows the journey of Tumpa, from being a female auto driver to becoming a supporting homemaker to a successful entrepreneur.

The show gives you glimpses into the life of a female auto driver Tumpa (played by Dona Bhowmik) who drives an auto for her livelihood and supports her family, yet

pursues her passion for studies. She is proud of driving her auto JAAN which she treats as a person. The show also tracks the story of Abir (played by Sayan Bose) who is an owner of a successful App- cab company. Abir is very arrogant.

Despite their personalities being poles apart, Tumpa and Abir’s fates get intertwined as they get married to each other. Will Abir and Tumpa forget their class differences and start a fresh new life? Will Tumpa at all become the supporting home maker for Abir?

“We are delighted to announce the launch of Tumpa Autowali. This is the story of a spunky character who will try to make the most out of the extraordinary circumstances she is put through and how she will come on top. The unique character and storyline is what interested us the most to launch this show. This is not just a show about empowerment of a woman or a typical Mass Vs. Class love story. It is all that and more. The setting is modern and relevant. The character is real and the never die attitude of the character will be something that today’s girls will relate to.”

The channel has devised a robust marketing and digital campaign for the launch of the show. To meet the objective all the nodal points including TV, Radio, Print, OOH, Digital will be used for promotion. The channel is also using a unique outreach program to reach out to viewers.

The title song has been composed by well-known singer and composer Anindya Chatterjee and sung by Poushali. The channel has also got in touch with real life female auto driver from Kolkata for its various promotional activities. The song has already received a lot of love from the audiences and has been converted to a Music Video.

To watch the emotional journey of Tumpa and Abir, tune in to Tumpa Autowali, every day at 7.30 pm on Colors Bangla from the 16th of May, 2022.

About Viacom18
Viacom18 Media Pvt. Ltd. is one of India’s fastest growing entertainment networks and a house of iconic brands that offers multi-platform, multi-generational and multicultural brand experiences. A joint venture of TV18, which owns 51%, and Viacom Inc., with a 49% stake, Viacom18 defines entertainment in India by touching the lives of people through its properties on air, online, on ground, in shop and through cinema

COLORS BANGLA
COLORS Bangla is Viacom18’s flagship Bengali General Entertainment Channel. With a tagline of Natun Sopner Rong (the power of your dreams), COLORS Bangla weaves in the rich Bangla culture in its contemporary content.

Drawing inspiration from everyday stories and the much-vaunted intellect and values that define Bengalis, Colors Bangla epitomizes characters who are inspirational and aspirational but are rooted in Bengal’s culture and tradition – a combination of today’s emotions and tomorrow’s aspirations. An eclectic mix of fiction and non- fiction shows,