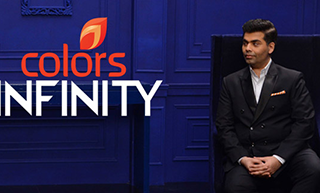 ~Introducing a first-of-its- kind series, iZombie, to the Indian audience~

~Bringing the 3rd Season of popular series, Arrow, to television~

Mumbai, 19th August, 2015: On the eve of July 31st, 2015, Indian Television was introduced to a new horizon in English entertainment, as COLORS INFINITY launched with back-to-back episodes of internationally acclaimed shows, every day of the week. With award winning series Better Call Saul and Fargo reaching the climax of their first season, the channel has already put in place two more popular series for the rotation in the line-up. An entirely new kind of series in its genre, iZombie, and the hugely popular superhero series, Arrow, are set to take over the weekend primetime slot on COLORS INFINITY.

iZombie is an American television series based on the comic book series of the same name. It is a starkly different kind of show in the zombie genre. This isn’t a story set in a post-apocalyptic world where the lead characters are trying to survive the constant threat of zombies, quite the contrary. In this quirky series the protagonist turns into a zombie, using her predicament to her advantage by helping people. The show hits the TV screens this weekend, on Saturday, 22nd August at 9 PM.

Arrow is a globally renowned show, as it brought the cult comic book character Green Arrow to the television screen. COLORS INFINITY will bring to your TV sets, the 3rd Season of the show which started a trend on television in the superhero genre. Arrow Season 3 premieres on COLORS INFINITY this Sunday, 23rd August at 9 PM.

About COLORS INFINITY
COLORS INFINITY is Viacom18’s English General Entertainment Channel, under the flagship brand COLORS. Bringing a new horizon to English Entertainment in India, COLORS INFINITY will showcase internationally acclaimed television series spanning genres such as Drama, Superheroes, Comedy, Fantasy, Crime and Thrillers from major studios like Warner Brothers International TV, NBC Universal, Sony Pictures Television, Twentieth Century Fox, Lionsgate, MGM, BBC and Endemol Shine amongst others, and reality shows ranging from Dancing, Cooking, Magic, Singing & other lifestyle interests. The channel is also the host for the biggest global Live Events & Award shows, as well as premium biopics, mini-series Documentaries and much more. COLORS INFINITY aims to appeal to the neo-urban viewer and open up a wider market by breaking the English language barrier. The channel is Available across DTH & Digital cable platforms, the channel will be aired in SD as well as 1080p HD format with Dolby 5.1 Surround Sound. For more information on COLORS INFINITY, please visit – http://www.colorsinfinity.com/