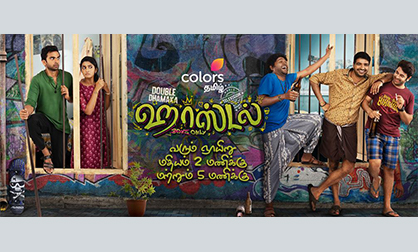 Chennai, 21st July 2022: Campus tales have always been a part of everyone’s nostalgic memories; driving the same notion, Colors Tamil, a meaningful entertainment channel brings to screens the World Television Premiere of Hostel, a dark comedy film  this Sunday, 24th July at 2:00pm. Featuring Actor Ashok Selvan and Actor Priya Bhavani Shankar, the film revolves around a girl who gets stuck at a boys’ hostel and the horrors surrounding it. Tune into Colors Tamil for a hair-raising and rib-tickling experience this weekend, Sunday, 24th July at 2:00pm

Directed by Sumanth Radhakrishnan, Hostel further features Actor Sathish, Veteran Actor Nasser and Actor Munishkanth as the supporting cast. The narrative of the film revolves around a bunch of college students who have a hilarious run-in with a ghost at their dorms and at the same time escape from the clutches of their strict warden. The film further also explores themes like unrealistic beauty standards and imperfections of the human body.

Believing that discipline is everything, Father Kuriakose (played by Actor Nasser), the hostel warden strives to teach the same to every student under his wing. He comes across Kathir ( played by Ashok Selvan) who never seems to pay heed to his authoritative nature. Kathir struggles with financial problems and one fine day he crosses paths with Adhirshtalakshmi (played by Actor Priya Bhavani Shankar) who offers him money in exchange for letting her spend a night at the boys hostel. Thinking this to be a fair deal, Kathir keeps his promise. Why Adhirshtalakshmi wanted to enter the hostel and what mysteries lie in the place form the rest of the plot. 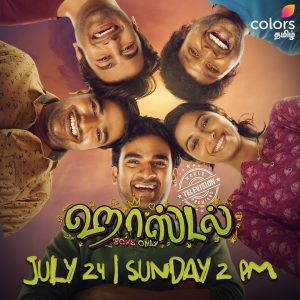 Commenting on the occasion. Director Sumanth Radhakrishnan, said “I have had a wonderful experience working with the cast of the film and we had a fun time behind the sets as well.The film is an attempt to bring to light themes of hat is much prevalent in a light- hearted manner. I am sure with the World Television Premiere of the film on a prominent channel like Colors Tamil, the audiences are bound to have a fantastic weekend.” 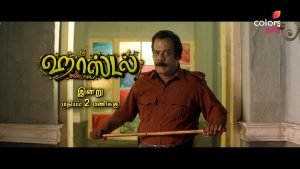 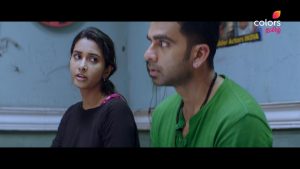 Adding to this, Actor Ashok Selvan said, “This film is yet another attempt to experiment with something new with a blend of horror and hilarity. It was tough to perfect our comic timings and all of us have put in our best efforts to render a beautiful creation with Hostel and I am confident that families watching the World Television Premiere on Colors Tamil will forget all their worries and have a gala time.”

Tune into Colors Tamil,to witness a blend of humour and horror, this Sunday, July 24th  at 2:00PM with the World Television Premiere of Hostel. 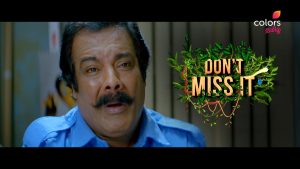 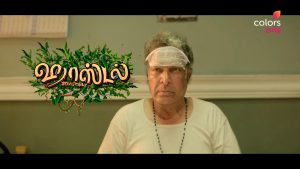