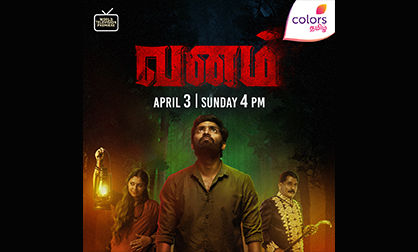 ~Tune into Colors Tamil this Sunday, April 3rd, 2022 at 4 pm to watch a riveting narrative filled with a mystique aura~

Chennai, 1st April  2022: Get ready for a nail-biting experience as Colors Tamil, the fastest-growing GEC in Tamil Nadu brings to screen the World Television Premiere of Vanam,  this Sunday 3rd April at 4 pm. Evoking a sense of horror and suspense, the film narrates the journey of a college student attempting to discover the reason behind certain disappearances in a hostel room.

Directed by Srikantan Anand, this eco-horror-thriller features Vetri Sudley,  Anu Sithara, and  Smruthi Venkat in lead roles. Located in the backdrop of a forest, the plot revolves around Magizh (Actor Vetri) who is studying in an arts college. Soon he is joined by his childhood crush Jasmine(Actor Smruthi Venkat), a documentary filmmaker who arrives at his college to shoot a film. In the meantime, Magizh is forced to shift to a room where a man had previously hanged himself and finds his roommates dying one by one under mysterious circumstances. How Magizh and Jasmine dig into the past and discover the dark realities behind the door, would make for an interesting watch. 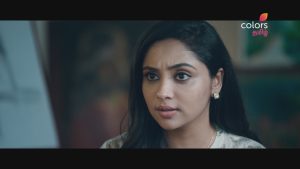 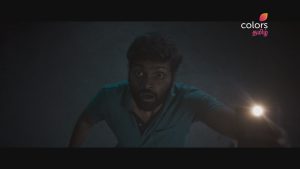 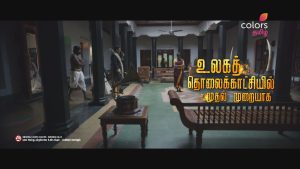 Commenting on the occasion, director Srikantan Anand said, “Vanam though a thriller film woven in tropes of horror, attempts to send an underlying message of protecting the environment. Despite being only four films old, Vetri has performed phenomenally well, along with the rest of the cast. I am glad that the movie is going to premiere on Colors Tamil, making the weekend enjoyable for the audiences while also leaving them with a lingering thought.”

Adding to this, Actor Vetri Sudley said “ Shooting Vanam was a different experience altogether since I had to shoot in a forest, and it is not easy making a film in this genre. We had to shoot in cramped spaces and had to be cautious about not damaging props. Furthermore, filming at the college, filled me with immense nostalgia, reminding me of my college days. I am excited for the film to premiere on Colors Tamil, and I am certain that it will be well received by the television audience like it was in theatres.” 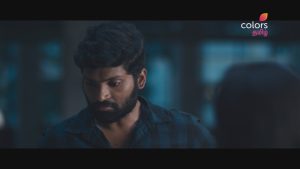 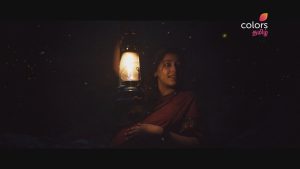 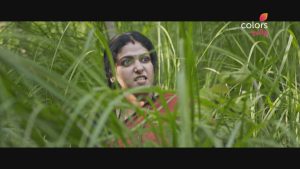 The essence of the enigmatic plot is captured by Ron Ethan Yohaan’s brilliant background score, making the film all the more worth watching.

Don’t forget to tune into Colors Tamil to witness exceptional performances intertwined with a gripping narrative this Sunday, 3rd April 2022 at 4 pm. Colors Tamil is available on all leading cable networks and DTH platforms – Sun Direct (CH NO 128), Tata Sky (CHN NO1515), Airtel (CHN NO 763), Dish TV (CHN NO 1808), and Videocon D2H (CHN NO 553). 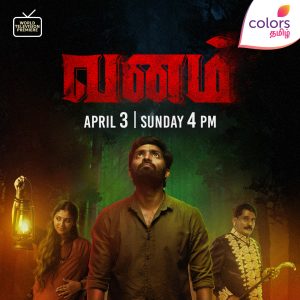