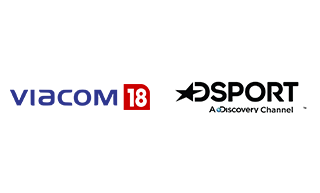 New Delhi, January30, 2018: DSPORT, India’s first premium sports TV channel, had acquired the exclusive India broadcast rights of NIDAHAS Trophy 2018 last week, and in an industry-first initiative, joined hands with Viacom18 to live telecast the series. While DSPORT will telecast English commentary, Viacom18 owned mass entertainment channels Rishtey Cineplex and Cineplex HD will feature Hindi commentary for the tournament. Rishtey Cineplex reaches out to maximum number of viewers across any Hindi Movie channel with a reach of 460 Mn+ individual viewers across India (urban and rural) and therefore will add more eyeballs to the prestigious tri-nation series scheduled to begin on March 6, 2018. Cineplex HD will further add to the enhanced viewerbase by taking the prestigious tourney to a premium Hindi content consumer base.

Explaining the rationale behind the partnership, Sudhanshu Vats, Group CEO, Viacom18 said, “Sports broadcasting is a bit of a business conundrum – it represents a sizeable opportunity, but the cost of entry tends to be prohibitive. It has been a white space that we have continuously been evaluating and this association with DSPORT to air the NIDAHAS tri series provides us with a fertile testing ground. As we endeavor to test waters with our very first broadcast of an international sporting property, what better than a cricket tri series involving the national team.”

“The future belongs to collaborative broadcasting and this association between Discovery’s DSPORT and Viacom18’s Rishtey Cineplex is a pioneering initiative that seeks to broaden the horizon of sports broadcasting in India.” Said Raj Nayak, COO, Viacom18 adding, “Cricket is much more than a sport in this country – it is an emotion. With this collaboration, we will be taking this emotion to more than ~460mn additional viewers in India.”

Commenting on the partnership,T.S. Panesar, Head of DSPORT Business said, “In a first of its kind arrangement we are delighted to partner with Viacom18’s Rishtey Cineplex and Cineplex HD to bring Hindi telecast of the NIDAHAS trophy to millions of fans in India. The NIDAHAS trophy celebrates 70 years of Sri Lankan Independence and as such holds a special significance and we expect a keenly fought contest between India, Sri Lanka and Bangladesh.”

This tri-nation internationalT20 tournament will follow a round robin format with all the three teams playing each other twice, and the top two progressing to the final to be played on March 18th, 2018. All the matches will be played at the R. Premadasa Stadium in Colombo.

Schedule of the NIDAHAS Trophy 2018 is as follows:

About DSPORT
DSPORT is a premium sports TV channel launched by Discovery Communications India specifically for the Indian subcontinent. The channel is focused on bringing the most live sports content, over 4000 hours, from around the world to audiences in India. DSPORT’s wide portfolio of live sports content includes the best of Wrestling, football, cycling, horse-racing, golf, Tennis, motorsports, and extreme sports from around the world. From the Tour de France to the Six Nations Rugby, the prestigious British Open in golf to football’s Chinese Super League, DSPORT celebrates sporting excellence, connects audiences with the athletes and sports they love and demonstrates Discovery’s commitment to super-serve passionate sports fans across the sub-continent.

About Viacom 18
Viacom18 Media Pvt Ltd. is one of India’s fastest growing entertainment networks and a house of iconic brands that offers multi-platform, multi-generational and multicultural brand experiences. A joint venture of Viacom Inc. and the Network18 Group, Viacom18 defines entertainment in India by touching the lives of people through its properties on air, online, on ground, in shop and through cinema.