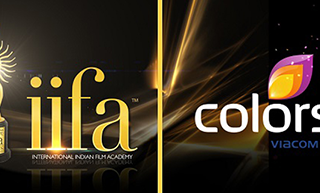 Clinching the IIFA Awards deal after fifteen years is a fabulous addition to the COLORS event portfolio; the channel will collaborate with IIFA to combine programming and marketing efforts to mount this year’s IIFA on a wider canvas reaching out to more viewers around 135 countries across all screens – TV, Mobile and PC.

Commenting on the acquisition of the IIFA Awards, Raj Nayak, CEO – COLORS, said, “Over the years, the IIFA Awards has become a global cultural phenomenon that has put Indian cinema on the global radar and we are proud to be associated with it. With the inclusion of IIFA Awards to our bouquet of offerings, COLORS will now curate exceptional entertainment offerings capturing best of Indian film industry. IIFA Weekend will be beamed not only on COLORS India but also on our international feeds including Rishtey bringing quality entertainment to our viewers’ fingertips.”

Elaborating on this year’s IIFA Awards, Sabbas Joseph, Director, Wizcraft International Entertainment said, “Since its inception, the concept of IIFA has evolved from becoming an awards evening to a weekend of festivities where the entire film fraternity comes together to celebrate the excellence of Indian cinema. This year, Videocon d2h IIFA Weekend includes events which recognize the talent that is responsible for the grandeur and technical expertise making Indian films more relatable globally. Our association with COLORS for the IIFA Weekend and Awards furthers our promise of providing the best entertainment avenues to viewers across the globe.”

The IIFA Awards is a celebration of Indian cinema on a global platform with this year’s destination for the event being Kuala Lumpur, Malaysia. The 3-day weekend brings together the who’s who of the Indian film industry as they partake in each others’ successes from the year gone by. With events like IIFA Rocks, Magic of the Movies, IIFA World Premiere and the IIFA Awards, IIFA Fashion Extravaganza the weekend celebrates various elements such as fashion, music and world-class acting that make watching Indian films a truly magical experience.

The IIFA Voting process is a stringent and methodical procedure that is closely monitored by KPMG, the official auditors for the event. Entries are received from all film makers for work done in the calendar year. The entries are placed before the Academy, comprising film industry members, for voting. On the basis of the voting, the winners of the Technical awards are decided. Similarly, post the film industry voting, the nominations of the popular category are finalised. The popular category nominations are then placed before the global audience for voting on iifa.com.

The final winners of the IIFA Awards are revealed on the night of the Awards ceremony when the envelope is opened onstage by the presenters, in front of the live audience. The results are surrounded by secrecy and the credibility of the voting process is one of the key parameters of this prestigious award.

About IIFA (International Indian Film Academy
Conceptualized and produced by Wizcraft International Entertainment Pvt. Ltd. and supported by the key members of the Indian film fraternity, IIFA is the most appreciated South Asian film academy. Also, the IIFA Awards is India’s biggest media event. With a viewership of almost 800 million, it is among the world’s most-watched annual entertainment events. From a one night celebration in 2000 at the Millennium Dome, London, the last sixteen years have seen the International Indian Film Academy (IIFA) movement grow into a cine-packed weekend of film-festivals, workshops, exhibitions, film-showcases and global business forums, all of which climax into the highlight of the Weekend, the IIFA Awards. www.iifa.com

About WIZCRAFT
Wizcraft is one of India’s leading Communication and Entertainment Company, integrating strategy, creativity and technology to provide Interactive Entertainment & Event Solutions to a global audience. Within two decades of its genesis in 1988, Wizcraft has established a client base that includes over 500 of the largest Multinational and Corporate Houses across the world including Microsoft, IBM, Compaq, Samsung, Coca Cola, Pepsi, Sony Entertainment Television, IDEA Cellular, Zee TV, MTV, Bacardi, Gillette, Audi, Standard Chartered, Nokia, Cognizant Technologies and Wipro. The pioneer of many extravagant and mesmerizing events, Wizcraft has been instrumental in shaping the event management industry in India. Wizcraft is the only company to invest in high-end event/ production infrastructure. This enables the company to provide state-of-the-art Sound, Lighting & Lasers, Video, Décor & Webcasting facilities at par with the best in the world. With the two umbrella divisions of Communication and Entertainment, the company integrates its specialized divisions to create unique and powerful mixes of brand communication and positioning. The company is lead by a strong and highly experienced management team and is supported by a group of experts within a network that extends across Mumbai, Delhi, Bangalore, Hyderabad, Calcutta and Chennai in India, with international liaison offices in the UK and UAE and associates across the world. Together, they have created many Wizcraft Brands that are amongst the most successful and powerful event properties.