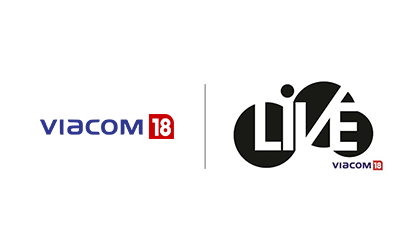 Pune, 9th February 2020: The seventh edition of Vh1 Supersonic concluded on a thunderous note with electrifying performances by a mix of Indian and International artists. The much-awaited debutants on the Vh1 Supersonic stage and in India, Illenium and Machine Gun Kelly stole the show with their splendid acts, as the fans went crazy grooving to their beats. Making his debut in India, Illenium took to stage for the final act which left the crowd wanting for more.

Adding to the magical evening were the extraordinary acts of American rock band Chon and Zambian sensation – Sampa the Great. As the iconic American rock band Chon indulged the audience with its progressive tunes, Sampa the Great took over the festival with their vibrant energy. Fans were also seen rapping alongside international sensational Machine Gun Kelly. Day 3 was a treat for music lovers with some outstanding acts. The K-Pop buzz loomed over the festival as Z-Stars made their appearance on stage with some of their finest hits.  Madame Gandhi, DJ SA, Sickflip were amongst the Indian artists who drew a major attraction from the crowd on the final day.

Overwhelmed by the phenomenal turnout on day three of Vh1 Supersonic 2020, Mahesh Shetty, Viacom18 Head Network Sales, “The response this year has been phenomenal. Right from the audience response to the line-up, music and ambience, everything came together brilliantly to make it a spectacular and wholesome experience for the festivalgoers. The debut performance of Illenium in India on the Supersonic stage was the perfect ending to these three days. It was even more heartening to see the artists enjoying the festival and indulging in all the various experiences along with the patrons. To all those who made it to the festival, thank you for being there and making it larger than life!”

“This festival would not have been possible without the consistent support of our sponsors. I would like to thank them for helping us culminate a successful seventh edition. We are now eagerly waiting for the eighth edition next year and we aim to take it ‘Above & Beyond’.” he further added.”

Alexander Lambrecht, Vice President Marketing – South Asia, AB-InBev said, “Vh1 Supersonic through the years has established itself as India’s largest multi-genre music festival. Since its inception, every edition has gone a notch higher compared to its previous one, providing the fans with an unmatched experience. Budweiser 0.0 is proud to have continued its partnership with a festival of such magnitude and of delivering yet another blockbuster with its 7th edition. The final day of the festival was electrifying with sensational performances by none other than Illenium, American rapper Machine Gun Kelly and rock band Chon which set a surreal vibe among the audience. The dynamic experiences are what distinguishes Vh1 Supersonic from the other festivals and the fans continued to remain awestruck with the extravagant range of activities. The BUDXAWAKENING Stage, The Budweiser Brew District and Budweiser Viewing Stage remained major attractions among the fans through the days. The festival culminated in high spirits with the audience roaring about the stellar experience this year.”

The array of unique activities at the experience zone further delighted the festivalgoers. The night was loved by music lovers who had thronged from across the country, swaying to the music and singing alongside the incredible artists. With an assurance to be bigger and better next year, Vh1 Supersonic 2020 not just concluded with a big bang but also with announcement of Above & Beyond as one of the headliners for the year 2021.

This edition of Vh1 Supersonic was presented by ‘Budweiser’, powered by ‘American Tourister’, has ‘JBL’ as their Sound Partner, ‘Monster’ as their Energy Drink Partner, ‘Smirnoff’ as the Associate Partner, ‘Crocs’ as Footwear Partner and ‘Bumble’ as Social Networking Partner.

The origin of India’s most beloved dance music festival traces back to the warm sands of Candolem in Goa 2013. What started as a beachside festival celebrating EDM in its niche avatar in 2013 grew into a community of artists and enthusiasts alike coming together year after year for the love of music. Vh1 Supersonic over the years ceased to be just an EDM driven music festival but transforming into a multi genre experiential dance music festival & a festival vibe that no other can offer. The festival offers a plethora of experiences apart from just music like flea market, experience zone, immersive and beautiful art, after parties etc. Current plan for the festival is a 3-day multi genre music festival in February 2019 at Pune.