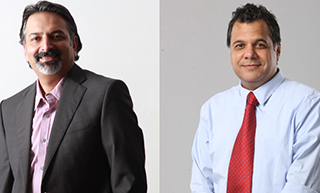 10th February, 2016: After engaging viewers across more than 135 countries, IndiaCast is all set to further strengthen its footprint in the New Zealand market. Starting 9th February 2016, IndiaCast will reinforce Viacom18’s leading Hindi General Entertainment Channel, ‘COLORS’ presence to viewers in New Zealand, giving them access to the finest offerings from the COLORS content library as part of SKY’s foreign language subscription channel line-up.

The COLORS bouquet of offerings includes a robust combination of fiction dramas, non-fiction, reality shows, LIVE events and blockbuster movies. The programming line-up caters to many entertainment needs of the Indian diaspora across the world making COLORS the one-stop entertainment destination for viewers.

Commenting on the COLORS success story, Raj Nayak, CEO – COLORS said, “At COLORS, it has been our constant endeavor to present viewers with path-breaking content across the globe, which has fortified our position as a game changer in the television industry. As the channel launches on SKY in New Zealand, it strengthens our belief that our programming line-up provides not only Indian viewers but also international audiences with entertainment avenues in sync with their sensibilities and preferences.”

Commenting on the association, Anuj Gandhi, Group CEO – IndiaCast, said, “IndiaCast has been at the forefront of bringing Indian viewers spread across the world one step closer to home and Indian culture, by bringing them the best of Indian content. Our association with SKY enables us to reach out and further strengthen our footprint with content that engages and entertains.”

To create widespread awareness about COLORS availability on SKY in New Zealand, IndiaCast would be cross-promoting the inclusion of its new feed extensively across its network brands, on–air and online.