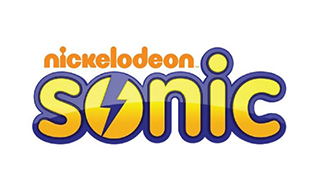 National, May 2nd 2016: India’s premier kids franchise, Nickelodeon, from the house of Viacom18 Media Pvt Ltd., is all set to rebrand its 2011 launched kids channel – SONIC. With this rebranding, SONIC, an integral part of the kids franchise, is all set to evolve its content strategy to now include edgy comedy along with riveting action. The evolution in the content strategy will be brought alive through the renewed graphic elements and the new vibrant logo imbued with energy and life. SONIC in its new swish avatar will go live, starting 3rdMay, 2016.

The channel is already prepped for the transformation through a refreshing programming line-up. This change has already been set into motion with India’s first action comedy series, the super successful SHIVA moving to SONIC. Upping the ‘action + comedy’ quotient of the channel will be all new episodes of PakdamPakdai and Oggy the Cockroaches along with the ever-green shows SupaStrikas and Shaun The Sheep, thus making SONIC the ultimate destination for action + comedy.

“Our flagship Kids channel Nick has been the genre leader for almost 2 years now and our Kids portfolio is amongst the top 2 in India. Seen in this light, the rebranding exercise for Sonic is part of an evolving content strategy aimed at building Sonic up as a strong second to Nick, thereby increasing the combined viewership share of our Kids portfolio as we aim to cement our position as the number one Kids’ content destination in India,” said Sudhanshu Vats – Group CEO, Viacom18, as he further underlined the importance of the Kids genre, “Our commitment to the genre is reflected in how we’ve placed it across our network through Consumer Products and a dedicated section in our OTT service Voot.”

Talking about the rebranding of SONIC, Nina Elavia Jaipuria -EVP and Head – Kids Cluster, Viacom18 said “While Nickelodeon continues its dream run, our focus for this year is on building SONIC into a formidable channel that becomes a part of every child’s daily life. Our research shows that Children love action but with a significant dash of comedy.   It is aligning to this insight that we have curated the all new SONIC that is fun, refreshing, vibrant, full of action and entertainment and with an edgy sense of humor which we are sure that children will love.”

The refreshed look of the channel will be brought to life with the Shiva campaign. The expansive marketing campaign will have promotions with an extensive cross channel plan, large scale on-ground, ambient engagement and interesting on-line interactivity. Adding to this will be the on-ground initiatives like retail and mall partnerships, the association with Pantaloons for the Junior Fashion Icon, SHIVA themed games and meet-and-greets at Funcity, etc, all of which will introduce as well as allow kids’ to engage with their all new SONIC.

With an enthralling programming lineup and an enhanced visual experience, SONIC is all set to zoom into the daily life of every child in India.

About SONIC
Sonic is a part of the Nickelodeon Franchise which belongs to the Viacom18 network. The 24-hour paid channel provides the best of comedy and action content in India. Launched in 2011, Sonic is targeted at kids and amounts to an annual viewership of millions. The channel boasts an array of live action and animation shows like Pakdam Pakdai, Shiva, Supa Strikas, Power Rangers and more. Join us for some high octane action and comedy on www.sonicgang.com.

About Viacom18
Viacom18 Media Pvt. Ltd. is one of India’s fastest growing entertainment networks and a house of iconic brands that offers multi-platform, multi-generational and multicultural brand experiences. A joint venture of Viacom Inc. and the Network18 Group, Viacom18 defines entertainment in India by touching the lives of people through its properties on air, online, on ground, in shop and through cinema.