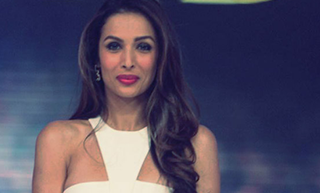 Jhalak Dikhhla Jaa reloads itself with dollop of glamour as the bolly-wood style diva Malaika Arora Khan will enter the show to embrace the jury thrown. Karan Johar who has been the most loved judge on the show from the last 4 years will announce his exit this week.

Waving goodbye to someone who has been the heart and soul of the show from the very beginning will surely be not easy. The contestants and Jhalak team will leave no stone unturned to make his last day on the show memorable as they give a glimpse of his spectacular journey on the show which will leave the judge in tears. Not only that, Lauren will showcase a contemporary dance performance on Karan’s favourite song Lag Jaa Gale as a tribute on behalf of the entire Jhalak team.

While we all will miss the amazing chemistry between Shahid and Karan on the show, we can’t wait to welcome the very sizzling Malaika Arora who never fails to burn the dance floor with her moves.

Wishing everybody on the show luck and talking about his exit from the show Karan Johar said “This season of Jhalak Dikhhla Jaa has been really exciting with its refreshing look and feel combined with the mind blowing performances by our new brigade of talented contestants and choreographers. However, owing to my film commitments, I am unable to be a part of the season till the end. Shahid has been my partner-in-crime this season; we shared great chemistry which has made this season fun & entertaining for the viewers. A special shout out to Lauren Gottleib, Ganesh Hegde and Manish Paul for adding lots of oomph, excitement and making this one of the most entertaining seasons. It’s all thanks to COLORS and the hard work of the team working on the show that makes it such an amazing experience year-after-year…Keep rocking! I wish the contestants good luck for the rest of their journey; may the best man or woman win! Best of luck!”

Excited about judging the dance reality show Malaika Arora Khan said “I’m really looking forward to step into Karan’s shoes and enjoy some spectacular performances along with Shahid and the other judges. I worship dance and hold it in high regard. I have sampled some awesome performances on this season of Jhalak Dikhhla Jaa and not to mention, some great entertainment by Karan and Shahid. The contestants are truly terrific. Hope to have a gala time on the show from here on.”