Media
B-Town Raises A Toast to Margarita with A Straw 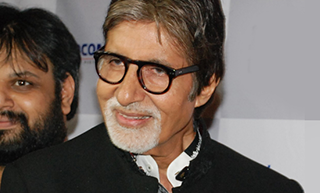 Winning hearts across the globe, the Indian release of Kalki Koechlin starrer Margarita with a Straw is just around the corner. This film can make you laugh, this film can make you cry but most importantly, it promises to leave you with a smile and testimony to this are these B-Town stalwarts.

He’s known as the Shahenshah of Bollywood and Mr Amitabh Bachchan tweeted saying ‘A screening of Margarita with a Straw..sensitive, well performed and brave original film… Shonali Bose :)))

Bollywood’s perfectionist Aamir Khan has been rooting for the film since before the trailer launch and he said, “Margarita with a Straw is a film that is a must watch. Kalki is outstanding and she is really amazing in the film and so are all the other actors.”

His wife Kiran Rao further added saying, “It’s a coming of age and it’s such an emotional journey. It makes people’s disability and differentness so normal and everyone is dealing with so many different things and that makes it even more poignant and so touching. That is just one aspect of her, Laila is such an interesting character.”

‘Brilliant, brilliant job .. Nobody should miss this film. It’s very beautifully told and I definitely want to try and see it again’, quipped the effervescent Shraddha Kapoor.

Accalimed director Anurag Kashyap extended his wishes to the film saying, “You are dealing with a subject like that and you have a character with cerebral palsy and the other who is blind. But this filmis not about disability or disease, it’s about finding life and finding love for one’s own self and it’s such a beautiful film with some terrific performances.”

At times heartbreaking, at times hysterically funny – Margarita, With a Straw breaks all stereotypes of disabled women and brings forth a bold character that has never been seen in Indian or world cinema – and yet at the same time is utterly relatable.

Margarita with a Straw is produced by Viacom18 Motion Pictures, Jakhotia Group, Kool Homes and Ishan Talkies and releases on April 17, 2015