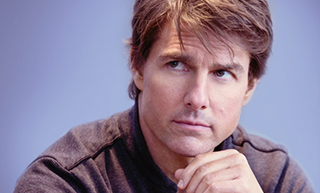 ~ Distributed by Viacom18 Motion Pictures in India, the film tops the Indian Box Office this weekend ~

Releasing in across 1000 screens pan India, the film was released in 4 languages – English, Hindi, Tamil and Telugu. This action thriller is the 4th biggest opening weekend Hollywood film in India.

Elaborating on the same, Ajit Andhare – COO, Viacom18 Motion Pictures said, “The success of Mission Impossible 5 is the result of the combination of its inherent draw and a consistent building of this franchise in India by Viacom18 Motion Pictures over the last few years. In the previous edition of the film, Tom’s presence in India bolstered our drive to build anticipation of MI 4. Building on from there, this year with MI5 we have secured a phenomenal opening weekend even while the film in released strictly in DCI compliant cinemas.”

While the previous film in the MI series saw Ethan Hunt transforming from a lone wolf to a team leader, ‘Mission: Impossible Rogue Nation’ will witness him hone his newfound leadership skills under fire. Hunt must keep the IMF team from fraying – even while he’s trying to keep the world safe from The Syndicate.

About Viacom18 Motion Pictures
Viacom18 Motion Pictures is India’s finest fully integrated motion pictures studio that has emerged as a force to reckon with by delivering a stream of critically and commercially successful films. Offering differentiated and meaningful cinema, some of its iconic releases have been Mary Kom (2014), Queen (2014), Bhaag Milkha Bhaag (2013), Madras Café (2013), Special 26 (2013) and Kahaani (2012) to name a few. Viacom18 Motion Pictures is also one of the few studios to have successfully ventured into regional films across languages like Bengali, Marathi, Punjabi and from the South. The Studio has also backed path-breaking and much-appreciated creative work in the form of hits like Bombay Talkies, Gangs of Wasseypur I and II, OMG – Oh My God!, Manjunath, Shaitan, That Girl in Yellow Boots, Pyaar ka Punchnama, Inkaar, Saheb, Biwi Aur Gangster Returns and  Boss amongst others.