Media
MTV Beats shows the world who the true baap of music is, with its latest marketing campaign! 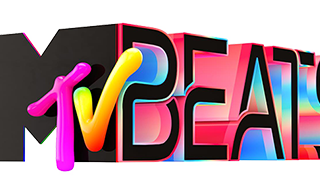 MTV Beats shows the world who the true baap of music is, with its latest marketing campaign!

The newly launched 24X7 Hindi music channel, MTV Beats — from the stable of Viacom18, has had a great start to its journey in India. With its unique positioning and differentiated content offering that is targeted primarily towards the youth, the channel has created quite a niche in the Indian Bollywood music space.

To further popularise the product offering to the Indian masses, the channel has announced the launch of its inaugural brand campaign. Conceptualised and executed by Mullen Lintas Mumbai, the campaign highlights the unique bond that audiences share with music; which is almost like a marriage between two soul mates. That is the core objective with which MTV Beats wants to associate itself with the young viewers of India and be seen as an able partner providing them the best in Hindi music.

Giving a deeper insight into the marketing campaign of MTV BEATS, Ferzad Palia, Head, Youth and English Entertainment, Viacom18 said, “Music is an important medium to reach out to young people today, and nobody does music better than MTV. So now that MTV BEATS is here, we are heralding it as the birth of the ‘BAAP’ of music because after all, MTV is the big daddy of music. In true MTV style, the marketing campaign for MTV BEATS is quirky, unabashed and irreverent yet it clearly communicates the brand’s positioning of being the ultimate destination for Hindi music any time of the day or week. I’d like to thank Mullen Lintas for the creative thought they’ve put into this. The tagline – ‘Blood mein hai beat’ draws heavily from India’s obsession with Bollywood music and reinforces the belief that music is a part of every Indian’s very DNA.”

With a tongue-in-cheek referral, the video film tracks the journey of one such ardent lover of music who is literally impregnated with seeds of Bollywood hits. The film is centered around the core idea of a love child being born out of one night of passion between the protagonist who gets turned on by the music being played on TV. The film goes on to explore light-hearted circumstances that get created due to the outcome and how she uses her pregnancy to entertain people. So much so that she turns out to be the life of any event where music is a core ingredient. The day finally arrives and the protagonist becomes proud mother to a wonderful child that’s musically-inclined, and is the source of inspiration to everyone around. This feeling is summed up by the core campaign tagline: Blood mein hain Beat.

Commenting on the campaign strategy, Ayyappan Raj, EVP-Mullen Lintas said: “It’s one of the most fun campaigns that Mullen Lintas Mumbai has worked on in the recent past. When an iconic brand like MTV is launching a Bollywood music channel there is a strong desire to create something big and different. With that in mind, we wanted to make a statement about the launch of BEATS and in the quintessential brand tonality. We are very happy with the way the campaign has come together. Also we are quite happy about the fact that we have ‘delivered’ another successful brand launch for the Viacom18 group.”

Highlighting the creative thinking that was arrived for the campaign, Garima Khandelwal, ECD-Mullen Lintas said: “MTV BEATS, the offspring. MTV, the parent. A future and a legacy. Bollywood and music ka baap is born. The campaign is aimed to present this storyline, this bloodline. And therefore, to present MTV BEATS as the lovechild of MTV and a fan of MTV seemed actually too legit! Enjoy!”

The film has gone live on popular channels and will span other popular offline and online mediums too.

About MTV Beats:
MTV BEATS is a 24×7 music channel with a focus on Bollywood and is aimed at 15 – 30 year olds across urban and rural India. MTV BEATS, while catering to all eclectic music tastes, predominantly focuses on Bollywood music. To enhance the musical experience of the audience, MTV BEATS offers playlists curated by some of the biggest names in the industry. The channel has also themed each day of the week differently with shows to reflect the theme for the day. From a work out music band in the morning to a party music block on weekends, the channel redefines the way India consumes music on television by becoming their music companion through the day with a song for every situation and a show for every mood.