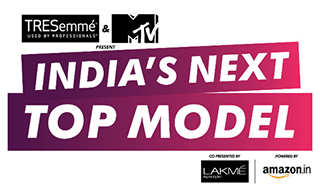 America’s Next Top Model, the popular model hunt show which is hosted by prolific model and businesswoman Tyra Banks is being adapted for the Indian market by MTV. MTV aims to bring the era of the supermodel back in India. The show will see thirteen girls compete for the title of India’s Next Top Model which will provide them with an opportunity to begin their career in the modeling industry. MTV has always been at the forefront of every youth trend and has encouraged the youth to adapt to the changing fashion trends. The show offers its viewers experience and exploration of the world of fashion, talent and immense competition.

Speaking about the show Aditya Swamy, EVP and Business Head MTV said, “Young people aspire to be part of global platforms and when it comes to fashion, the Top Model franchise is as big as it gets. This show will transform the lives of the 13 girls forever. And that’s what MTV is all about. BIG & BOLD. This an exciting partnership that brings together the best of the best -TRESemme, CBS, Bulldog and MTV. I look forward to the beginning of a long and exciting journey together.”

Roxanne Pompa, the VP of international sales and production at CBS Studios International, said, “The America’s Next Top Model format continues to entertain audiences all around the world and we are excited to have the opportunity to see the Indian version make its debut. It is a show that has a great amount of style, glamor and entertainment, and we are confident that Bulldog Media & Entertainment and MTV India will deliver a ground breaking and enjoyable experience for viewers in India.”

Speaking about the show Akash Sharma, Co-Founder and Executive Producer, Bulldog Media & Entertainment, the exclusive rights holder and producer for the India franchise of ‘America’s Next Top Model’ said, “We are proud to be associated with CBS Studios International and MTV India to launch the Indian version of ‘Next Top Model’ in the country. The property today is a worldwide phenomenon and viewed in over 100 countries across the globe with more than 20 local versions of the format. In the countries where the show has been localised it has managed to strike a chord and go on to ratings and sponsor success; I don’t see it being any different for India. The team at MTV & Bulldog has embraced the look and feel of the show capturing the format of the US version while at the same time managing to create an edgy feel for the MTV audience. I think viewers are in for a real treat and I look forward to the show becoming a regular fixture on MTV.”

Speaking on the co-creation of India’s Next Top Model, Prasanth Kumar, CEO, Mindshare South Asia said, “Content is a power social currency for brands to connect with the audience. All three partners involved HUL, MTV and Mindshare are working together to create a format that presents the value and proposition of brands with engaging content for consumers to enjoy and share. An international franchise such as ‘India’s Next Top Model’ was best suited to the Indian audience by partnering with an International premium beauty brand like TRESemme and an iconic Indian beauty brand like Lakme – that have fashion and backstage expertise and are trend leaders with the Indian consumers and we are excited to see this show come alive on Indian television.”

13 Girls have been selected for the show through an online application where the girls could email their portfolios to MTV. The girls, who hail from various parts of the country such as Allahbad, Bangalore, Bareily, Nagaland etc. will then be groomed and mentored by MTV VJ and fashionista Anusha Dandekar and image consultant Neeraj Gaba. Week on week, the girls will go through four stages of the competition – Teach – where they will be taught an essential modelling skill, Challenge – a test for them to apply what they’ve learnt, Photo-shoot – to determine what the results of their hard work look like and Elimination – where each week a girl will be sent home. The girls will be judged by none other than the style diva of Bollywood Lisa Haydon and ace photographer Dabboo Ratnani. Each week, the show will also witness visiting celebrity judges to up the difficulty level for the girls.

Speaking about the show, style diva Lisa Haydon who makes her television debut with India’s Next Top Model, said, “India’s Next Top Model is a show that’s bringing fashion back in style. It’s a show that will see thirteen beautiful girls being transformed into professional models. These girls come from various parts of the country and have big dreams in their eyes. This show is their ticket to realizing those dreams. Having started my career as a model I know what it takes to survive in the industry. The show such as this showcases the perseverance and the passion behind the glitz and the glamour associated with the world of modeling. It’s an exciting show and I’m hoping to see lots of great talent.”

Renowned photographer Dabboo Ratnani, also a judge on the show, said, “I am absolutely delighted to be a part of MTV’s new show – India’s Next Top Model – a show that is all set to bring the era of the supermodel back to India. I’m usually working behind the camera so it will be interesting for me to be in front of it this time. Having worked with Bollywood celebrities and fashion models, I think it will be exciting for me to work with raw talent on the show to see how the girls on the show grow as models as the show progresses.”

MTV VJ Anusha Dandekar said, “I have done so many great shows with MTV! This by far is one of my favorites and mentoring participants in this new premium property – India’s Next Top Model – is so exciting! The show is incredibly high on fashion, style and energy – exactly the way I like it! Can’t wait to see the audience reaction! I know they’ll love the Indian version of America’s Next Top Model. I’ve seen almost every season of this super successful format and I’m so happy it’s come to India. We have stunning women in our country and the world should know about it! And now they will!”

Image consultant & Grooming Expert Neeraj Gaba, who has worked with India’s prominent fashion weeks and beauty pageants in the past, said, “India’s Next Top Model is a not only a platform for a common girl to kick start & fulfil her modelling career dream but also, it provides with the desired guidance from the best in business to help hone her skills towards becoming a top model. I’m extremely glad to be mentoring participants’ incredible journey from being a caterpillar to becoming a butterfly. Since beginning of my career in fashion & lifestyle space, working with such raw talent, polishing and buffing their confidence, imagery and presentation, has always inspired me to groom better and help unleash their full potential. India’s Next Top Model is a promising platform, and all these thirteen girls are hungry for success and passionate about modeling. It’s truly a delight to guide such self-motivated & focused talent.”

The show will see different sides of both, the judges and the mentors as they guide the girls through the glamorous yet grueling world of modelling. Each girl will be given a makeover and taught skills like walking on the ramp and the art of posing during the course of the show. The winner of TRESemme & MTV present India’s Next Top Model, Co-presented by Lakme, Powered by Amazon.in is in for a great time as she gets to be face of Tresemme’s media campaign for one year, an extensive feature for Lakme in Grazia – Europe’s No. 1 Style Magazine, a modeling contract with Bling and finally gets to walk the ramp at Lakme Fashion Week 2015 for a high profile fashion designer!

So get your style on and catch TRESemme & MTV present India’s Next Top Model, Co-presented by Lakme, Powered by Amazon.in on Sunday, 19th July 2015 at 7 PM only on MTV!

MTV, world’s premier youth brand, is a dynamic and a vibrant blend of music and pop culture. With a global reach of more than half-billion households, MTV is a cultural home to the millennial generation, music fans and artists. 32 MM fans following MTV across show pages on social media have made the brand #1 in social influence as well. MTV products are available across 35 unique categories with targeted brand licensing. MTV also has a buzzing MTV Live business with properties like MTV Video Music Awards and MTV Bollyland. Aiming to entertain, lead and collaborate with young people through its evocative communication and youth relevant shows like MTV Roadies, MTV Coke Studio, MTV Unplugged, MTV Rock the Vote, MTV Kaisi Yeh Yaarian etc. For information about MTV in India, visit www.mtv.in.com.

Founded by Mr. Akash Sharma & Mr. Ramit Bharti Mittal in 2007, Bulldog is a leader in the worldwide acquisition and localization of television formats for the Indian market.  The company selects proven entertainment formats, adapts it to the Indian environment and produces high-quality interactive & entertaining shows for TV. Bulldog is the entity behind bringing successful entertainment franchises to India like ‘Are You Smarter Than A 5th Grader?’, ‘Beauty and The Geek’, ‘People’s Choice Awards’ and now ‘America’s Next Top Model’. Headquartered in Mumbai, Bulldog is associated with more exciting shows including local versions of MGM United Artists & Virgin Galactic’s ‘Space Race’ and ‘The Apprentice’.   Bulldog is achieving its strategic mission towards becoming the benchmark for high quality entertainment programming on all major television networks. For more information about Bulldog, please visit www.bulldogindia.com