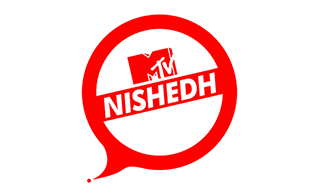 ~ Titled MTV NISHEDH, the show will be part of a multimedia family planning and sexual health behaviour change campaign ~

National, July 11, 2017— At the Family Planning 2020 summit in London, Viacom18 announced its intention to launch MTV NISHEDH, a localized format of the critically and commercially acclaimed drama series MTV Shuga, in India. The summit, which was co-hosted by UK Dept. for International Development and UN Population Fund, in association with USAID and Global Affairs Canada, saw Viacom International Media Networks (VIMN) announce its plans to expand MTV Shuga with two new localized versions in India and Egypt by 2020.
At the heart of it, MTV NISHEDH will be the centrepiece of a MTV Shuga styled mass media behaviour change campaign in India, aimed at increasing knowledge and generating positive attitude towards contraceptive use, gender violence, HIV prevention and child abuse. MTV Staying Alive Foundation had pioneered MTV Shuga, its most successful behaviour change campaign till date, in Nairobi, Kenya in 2009 with a long-running drama TV series and multimedia campaign that follows the lives of young people on the African continent.

“Education and awareness must form the backbone of liberation – be it economic or sexual. With just 15% of the total youth population having being exposed to any form of sex education, as a society we have allowed social stigma to overpower our responsibility to educate and empower our future.” Observed Sudhanshu Vats, Group CEO – Viacom18, before going on to add, “‘Entertainment’ is our business, ‘engaging’ consumers, our strength and ‘enriching’ their lives, a responsibility. These 3 E’s together form our legacy, that of a network with a humane purpose. With MTV being the country’s most resonant youth brand, we are optimally poised to dial up the reach of sex education in our country, through MTV NISHEDH.”

“We know that storytelling has the power to catalyse positive social change, and have seen that first-hand in Africa with series like MTV Shuga,” said Georgia Arnold, Executive Director of the MTV Staying Alive Foundation and SVP of Social Responsibility for MTV International. “By bringing this format to new countries and new continents, we are committed to challenging misconceptions and inspiring our audiences to talk openly and honestly about their sexual health, encouraging more young people to protect themselves.”

With a drama series at its core, MTV NISHEDH will take a 360 ‘edutainment’ approach that incorporates multiple touchpoints for promoting sexual and reproductive health beyond the TV screen—including content on digital and social media platforms to reach an estimated audience of more than 281 million young people.

About MTV Shuga
Pioneered in Nairobi, Kenya in 2009, MTV Shuga is a long-running drama TV series and multimedia campaign that follows the lives of young people on the African continent. By combining entertainment with health messaging, MTV Shuga aims to normalize safer and more positive attitudes, social norms and behaviour towards sex.  Aired on MTV channels around the world, the content is also offered rights-free to 3rd party broadcasters and content platforms, and used as a teaching aid by educators, healthcare workers and grassroots HIV/AIDS organisations across the world. Over five seasons, the on-air drama has travelled the continent from Kenya to Nigeria to South Africa, and touched on numerous plotlines relating to HIV and safe sex including: HIV testing, stigma, living with HIV, mother to child transmission, transactional sex, gender based violence and condom use.  MTV Shuga is multi-award winning; the most recent award includes the World Media Festival, Gold Award for Edutainment & Intermedia-Globe Grand Award (2016).  It is broadcast globally on 179 broadcasters in 61 countries, reaching over 720 million people collectively. MTV Shuga is the MTV Staying Alive Foundation’s most successful behavior change campaign to date.

About Viacom18:
“Viacom18 Media Pvt. Ltd. is one of India’s fastest growing entertainment networks and a house of iconic brands that offers multi-platform, multi-generational and multicultural brand experiences. A joint venture of Viacom Inc. and the Network18 Group, Viacom18 defines entertainment in India by touching the lives of people through its properties on air, online, on ground, in shop and through cinema.