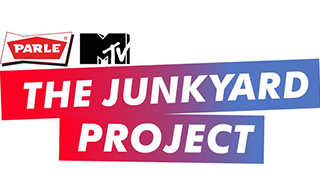 ~Supports Prime Minister’s Swachch Bharat Campaign by giving it a cool MTV twist filled with Fun, Music and Art to drive participation by the youth~

MUMBAI, December 17, 2015: Did you ever think cleaning up streets could be fun? Could ‘dirty’ be turned into ‘beauty’? MTV, the universe of the young, is here to drive home this exact message, through its unique clean up drive ‘Parle MTV The Junkyard Project’ which is a joint initiative by Parle and MTV to support the Prime Minister’s Swachch Bharat Campaign. Parle MTV The Junkyard Project is an attempt to get the youth to take a stand on ‘cleanliness’ and also aims to action change on-ground through clean-up drives that are built on music and art. Taking their Litter Free campaign forward, Parle Products has partnered with MTV to create the largest youth clean up movement that will seamlessly integrate across screens including TV, web, mobile and on-ground to mobilize the youth of the country. This unique clean-up movement by MTV has also won critical acclaim and been awarded the Gold at the recently held Appies Asia Conference, as one of the most effective CSR activity across Asia.

Elaborating on the importance of the project, Ferzad Palia EVP Viacom18 and Business Head, English and Youth cluster said, “At MTV, we believe in championing causes and issues that matter to the youth. And, state of cleanliness is an issue that comes right on the top of that list. Our mission is to transform the dirty junkyards into beautiful art-spaces – the exact opposite of filth. The 300+ college outreach is going to widen the footprint of action on ground. Built on the cusp of Music and Art and supported by the ace Bollywood celebrities, this clean-up drive is our attempt to drive higher conversation around do-not-litter; that are backed by solid action on-ground.  So, don’t be a punk and Dunk That Junk right now.”

Commenting on the initiative, Mr Pravin Kulkarnii General Manager Marketing Parle Products said “As a brand for the Indian masses, it brings us great pleasure to associate with an initiative that aims at encouraging youth to contribute to the society. At Parle, we have always been dedicated to extending our support towards creating a clean and healthy society via our Litter Free campaign. Through this project we are instrumental in not only preaching but also helping our young consumers practice the art of cleanliness in a fun way”

The core of this initiative is to turn the dirty into beauty. Parle and MTV have tied up with multiple graffiti and street art experts to convert chosen undesignated dumping grounds to beautiful graffiti art projects and utility areas. Across cities, MTV and Parle will join hands with college students to clean up the undesignated dumping ground. While the clean up, musicians and comedy artists will liven the mood through performance on the street. Thus, making the cleaning up activity a fun musical and artistic experience that has a high social-media share quotient. Thus, the dirty dump-yard transforms into a beautiful instagram-friendly art arena; and all this happens while grooving to some happy music.

Besides the on-ground drive, MTV and Parle will reach out to youth of the country through short films, music anthem, music videos, on-air vignettes that will drive the key messaging of “Dunk That Junk”. Through a 300+ college outreach program, Parle and MTV attempt to drive higher involvement of colleges to step forward and clean key areas in their immediate neighborhood. Leveraging the music equity, the brand is also collaborating with key musicians to create a cleanliness anthem and a music video for young people in India. MTV will also be launching an interesting and entertaining static campaign around the property which will see ‘superheroes’ supporting this noble cause and lending a hand in making India clean. MTV also aims to use the ubiquitous beacons of cleanliness in the city – the ghanta gadees – to drive home the message of ‘Dunk the Junk’ through interesting graffiti.

As with everything, MTV has its own twist on making even the activity of cleaning up the city a lot of fun. MTV has launched Parle MTV The Junkyard Project under the umbrella of MTV ACT, which is MTV’s pro-social campaign that lives 365 days and strives to create awareness on various social causes. In order to mobilize the youth of the nation MTV is collaborating with over 300+ colleges across the country and involving student communities, musicians and artists to identify and clean up unofficial dumping grounds near colleges and convert these areas into spaces for art and music.

MTV, the iconic youth brand, has always been at the forefront of voicing issues that matter and mobilizing the youth to take a stand. Last year, MTV urged India’s youth to go out and vote for the better future of the nation through the massively successful MTV’s Rock The Vote Campaign and the youth obliged by showing up in unprecedented numbers. This year, MTV is on a mission to mobilize youngsters to come together for yet another worthy cause to clean up the mess that we see around us and to make India the awesome country that it deserves to be.

It’s time guys! ‘Don’t be a Punk, Dunk the Junk’ with Parle MTV The Junkyard Project!

About MTV
MTV, world’s premier youth brand, is a dynamic and a vibrant blend of music and pop culture. With a global reach of more than half-billion households, MTV is a cultural home to the millennial generation, music fans and artists. 32 MM fans following MTV across show pages on social media have made the brand #1 in social influence as well. MTV products are available across 35 unique categories with targeted brand licensing. MTV also has a buzzing MTV Live business with properties like MTV Video Music Awards and MTV Bollyland. Aiming to entertain, lead and collaborate with young people through its evocative communication and youth relevant shows like MTV Roadies, Coke Studio@MTV, MTV Unplugged, MTV Rock the Vote, MTV Kaisi Yeh Yaarian etc. For information about MTV in India, visit www.mtv.in.com.