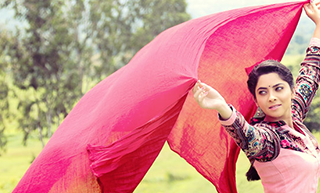 Mumbai: After the phenomenal success of films like Zapatlela 2 and Gangubai Nonmetric, Viacom18 Motion Pictures’ next Marathi film ‘Poshter Girl’ is slated to release on 12 February, 2016.

Directed by Sameer Patil, the film is a charming social satire that went on floors in August. Poshter Girl boasts of an ensemble cast of actors Sonalee Kulkarni, Jitendra Joshi, Hrishikesh Joshi, Aniket Vishwasrao, Sandeep Pathak, Akshay Tanksale and Siddharth Menon, all of whom come together to tickle the funny bone with a tale set in a quaint village in Maharashtra.

Viacom18 Motion Pictures is India’s finest fully integrated motion pictures studio that has emerged as a force to reckon with by delivering a stream of critically and commercially successful films. Offering differentiated and meaningful cinema, some of its iconic releases have been Mary Kom (2014), Queen (2014), Bhaag Milkha Bhaag (2013), Madras Café (2013), Special 26 (2013) and Kahaani (2012) to name a few. Viacom18 Motion Pictures is also one of the few studios to have successfully ventured into regional films across languages like Bengali, Marathi, Punjabi and from the South. The Studio has also backed path-breaking and much-appreciated creative work in the form of hits like Bombay Talkies, Gangs of Wasseypur I and II, OMG – Oh My God!, Manjunath, Shaitan, That Girl in Yellow Boots, Pyaar ka Punchnama, Inkaar, Saheb, Biwi Aur Gangster Returns and  Boss amongst others.