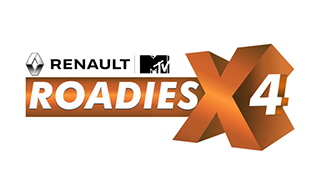 NATIONAL, October, 2015: India’s longest running reality show on the biggest youth entertainment platform ever and the most social show in the world, Roadies will now be titled Renault MTV Roadies X4 as India’s fastest selling SUV, Renault Duster has zoomed in to become the title partner for the iconic show. After twelve fantastic seasons filled with adventure and drama, MTV, the ultimate word on the youth, is back again with an all new adrenalin fueled season of its cult youth reality show. The most popular youth reality show in the country is taking a massive format leap in the new season this year. For the first time ever in the history of Roadies, gangs and gang leaders will be seen blazing trails in ultra-cool Renault Duster SUVs. To celebrate this shift from 2 to 4 wheels MTV decided to go from Roadies X2 last year to Roadies X4 this year.

As the undisputed No.1 rated youth reality show which grew by 50% in viewership over the previous season last year and generated 60 MM online video views with close to 10 MM highly engaged fans on social media, Roadies has always reflected the aspirations of the Indian youth. By partnering with Renault Duster, it shows how young India aspires to drive a super cool SUV and has the income to match their aspirations. The mantra of ‘live big, dream bigger’ drives the youth of today and what you drive makes a very powerful statement about who you are. This move by MTV thus reflects the power of the youth of India.

Continuing its endeavor of keeping the youth deeply engaged, MTV is shaking things up in this brand new season of Roadies by moving the journey from 2 wheels to 4 wheels as gangs will be seen zipping along in SUVs – the amazing Renault Dusters to be precise. The SUVs will be seamlessly integrated into the fabric of the show through interesting content innovations. Along with adding a whole new element of drama and excitement to the show, the winner of Renault MTV Roadies X4 will also get the opportunity to drive home in his or her very own Renault Duster.

Speaking about this association Aditya Swamy, EVP and Business Head, MTV said, “It’s a brand new season and yet it feels like the first.  It’s an absolute pleasure to start a new era in the Roadies journey with Renault Duster as our title partner. To have the most successful SUV of India, Renault Duster, become a part of the most iconic youth entertainment platform is a perfect partnership and a matter of pride. I believe this change reflects the growing aspirations and power of young India perfectly and this is going to energize the show and bring in a whole new level of participation and viewership’

Joining the Roadies franchise for the first time ever, Rafael Treguer, Vice President, Sales and Marketing, Renault India, said, “Renault Duster is a cult brand in the automotive space, like MTV Roadies is, in the realm of reality television, and is equated with exploration, adventure and unmatched passion. We are young in India and Renault Duster has firmly established the Renault brand here. When we launched Renault Duster in India, we created an all new segment in the Indian automotive industry. As a forward-looking company, we have kept Renault Duster fresh and contemporary, and it continues to be India’s preferred SUV. This association will be a thrilling journey for fans of Renault Duster and MTV Roadies, and will take the excitement to an all new high.”

Becoming a Roadie is the ultimate dream of so many – the thrill of an unknown journey the open road, challenges that build character and a path for a bright future – it means something different to each and every one aspiring to it. However, what stays the same is the passion and the perseverance to achieve that ultimate dream. With Renault Duster on board this journey has become all the more desirable and nail-bitingly exciting.

About MTV
MTV, world’s premier youth brand, is a dynamic and a vibrant blend of music and pop culture. With a global reach of more than half-billion households, MTV is a cultural home to the millennial generation, music fans and artists. 32 MM fans following MTV across show pages on social media have made the brand #1 in social influence as well. MTV products are available across 35 unique categories with targeted brand licensing. MTV also has a buzzing MTV Live business with properties like MTV Video Music Awards and MTV Bollyland. Aiming to entertain, lead and collaborate with young people through its evocative communication and youth relevant shows like Roadies, Coke Studio@MTV, MTV Unplugged, MTV Rock the Vote, MTV Kaisi Yeh Yaarian etc. For information about MTV in India, visit www.mtv.in.com.

About Renault
Renault India Pvt. Ltd. is a fully owned subsidiary of Renault S.A.S. France and currently offers seven models in the Indian market – the premium sedan Fluence, the luxury SUV Koleos, the premium compact car Pulse, the segment-breaker SUV Duster, the premium sedan Scala, the revolutionary MPV Lodgy and the recently-launched global compact hatchback, Renault KWID.
Renault cars are manufactured in the manufacturing facility located in Oragadam, Chennai, with a capacity of 480,000 units per annum. Currently, Renault India also has a widespread presence of more than 164 sales and service facilities across the country with benchmark sales and service quality.
Renault’s product line up and services have also seen strong recognition among customers and industry experts alike, winning more than 40 titles, including 31 accolades for Duster as well as awards for Pulse and Scala, making Renault one of the most awarded automotive brands in a single year in India.