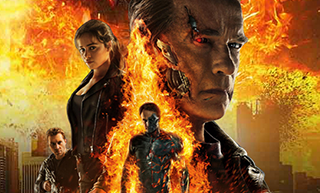 He said “I’ll be Back” and back he is with a bang. Terminator Genisys  – the fifth edition of the cult Terminator franchise terminated competition at the Box Office with an opening weekend collection of 20 Cr (Gross Box Office).

Led by the iconic Arnold Schwarzenegger, the film witnessed scores of people queue up at the ticket counters to watch their idol on the big screen. This is in fact the highest opening for any Arnold film in India.

Distributed by Viacom18 Motion Pictures in India, the film was released in 4 languages – English, Hindi, Tamil and Telugu with a distribution strategy that included 1100 Screens across India.

After the likes of Avengers: Age of Ultron, Jurassic World and Furious 7 (Fast and Furious), this was yet another weekend when a Hollywood film totally dominated the Box Office despite the presence of competing Bollywood films.