Media
The Roadies are ready to rumble and roar – MTV Roadies Journey in South Africa with Sonu Sood is here! 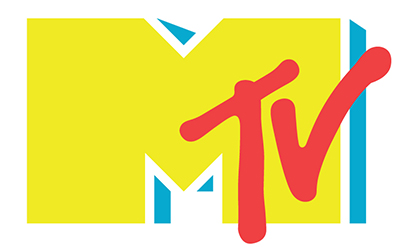 ~ This season of the adventure reality show boasts of an all-new ground-breaking format, starting 8th April 2022, from Friday to Sunday, at 7 PM only on MTV and Voot ~

National, 07th April 2022: An exciting new format, a dashing new host, the stunning locales of South Africa and nail-biting challenges – India’s grandest pop-culture phenomenon, adventure reality show MTV Roadies, produced by PipPip Media Pvt Ltd is all set to embark on a thrilling quest once again. Hosted by the phenomenal actor and philanthropist Sonu Sood and shot entirely on international grounds for the first time, across the rugged terrains of South Africa, this season of Roadies is power-packed! Between formidable tasks and bonding sessions with camp-fire huddles, the multi-city expedition of Infinix Smartphones MTV Roadies Journey in South Africa, co-powered by CoinSwitch, Paree Sanitary Pads, Leverage Edu and Lakmé Sun Expert commences 8th April at 7 pm only on MTV and Voot. Audiences are in for a treat this season with the show airing thrice a week, from Friday to Sunday!

Levelling up the entertainment quotient, MTV Roadies Journey in South Africa will see several riveting additions to the show’s format. In a surprising twist, new contestants will be paired with popular ex-Roadies in ‘Buddy pairs’ as they battle it out for the ultimate glory. It will also introduce an in-game point system which will help contestants gain many perks and advantages which they can use to move ahead in the game, including saving themselves and their friends from the unnerving elimination process. The show’s innovative format will also put their intellect to the test by providing them with clues to decode for their new destinations and next set of challenges. Contestants will be seen bonding over huddles and campfire sessions, developing a strong camaraderie and rapport. That’s not all, the iconic Roadies motorcycles will take viewers on a spectacular ride as the show returns to its roots in all its splendor!

Anshul Ailawadi, Business Head – Youth and English Cluster at Viacom 18, shared, “MTV Roadies is a marquee adventure reality show surpassing itself with each season, much like MTV has always been ahead of the curve for youth-centric entertainment. The new season will go full throttle on innovation. This will also be the first time the show will air thrice a week, giving fans more of their favourite show. MTV Roadies Journey in South Africa is an odyssey ready to defy expectations and redefine adventure.”

Bringing his own singularly real yet larger-than-life persona to the show, Sonu Sood as the host and leader will mentor the contestants, encouraging them to give their best shot as they face some exceptional challenges. Expressing his thoughts about taking on the host’s mantle, Sonu Sood shared, “I am ecstatic to be a part of a genre-defining show like MTV Roadies. The show is synonymous with the remarkable youth spirit that shines through the high-octane tasks and challenges. With this new season, I can assure all fans that they are in for an all-action rollercoaster ride. I am glad to be a part of the contestants’ journey in becoming the undisputed champion of MTV Roadies Journey in South Africa.”

Launching the show in grand manner, an action-packed event was held with host Sonu Sood and the contestants with exhilarating tasks and stunts on the 07th of April.

So, brace yourself for an adrenaline rush as MTV Roadies Journey in South Africa premieres 8th April 2022, Friday to Sunday, at 7 pm only on MTV and Voot.

MTV, world’s premier youth brand, is a dynamic and a vibrant blend of music and pop culture. With a global reach of more than half-billion households, MTV is a cultural home to the millennial generation, music fans and artists. 48 MM fans following MTV across show pages on social media have made the brand #1 in social influence as well. MTV products are available across 15 unique categories with targeted brand licensing. MTV also has a buzzing MTV Live business with properties like MTV Video Music Awards and MTV Bollyland. Aiming to entertain, lead and collaborate with young people through its evocative communication and youth relevant shows like Roadies, Splitsvilla, Coke Studio@MTV, MTV Unplugged, MTV Rock the Vote, Troll Police etc. For information about MTV in India, visit http://www.mtvindia.com/