Media
TV18 to increase stake to 51% in Viacom18, the JV with Viacom Inc 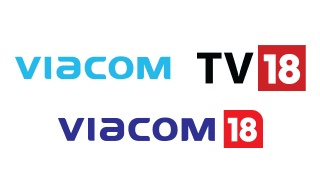 Viacom and TV18 reaffirm commitment to grow the joint venture

31st January, 2018: TV18 Broadcast (NSE: TV18) and Viacom Inc (NASDAQ: VIAB), joint-venture partners in Viacom18 Media Private Limited today announced that TV18 shall take operational control of Viacom18. TV18 shall raise its stake to 51% by acquiring 1% of Viacom18’s equity from Viacom Inc. for a cash consideration of US$ 20mn. The brands and content licence agreement between Viacom Inc. and Viacom18 also gets extended by 10 years.

The partners believe that in the fast-evolving Media & Entertainment landscape in India, TV18 can drive value-addition and synergies across the multi-platform group comprising broadcast, digital, filmed and experiential entertainment and media businesses. Viacom continues to hold 49% in Viacom18, and shares TV18’s vision for scalability and enhanced efficiency at Viacom18.

Adil Zainulbhai, Chairman – Network18, said, “The transaction further enables our vision for Viacom18 to accentuate its focus on excellence and integration in the broadcast and digital space. The entertainment powerhouse continues to be bolstered by Viacom’s global expertise in content creation and curation, along with Network18 group and affiliates’ strength across the media & telecom value-chain”

David Lynn, CEO – Viacom International Media Networks, said, “Viacom 18 is one of the fastest growing companies in India’s dynamic media and technology sector and, as a result of this transaction, we believe it will be even better-positioned for accelerated growth through closer integration and alignment with the Network 18 Group and its affiliates, including India’s fastest growing mobile network, Jio. Viacom remains strongly committed to our Viacom 18 joint venture with the Network 18 Group and we are retaining the vast majority of our ownership stake in the company. We’re delighted to extend our licencing deal with Viacom 18 and see clear potential to expand it in live events and recreation, in line with our growing global presence in these lines of business.”

Sudhanshu Vats, Group CEO – Viacom18, said, “We turned 10 last year and our growth journey has been exciting to say the least. None of this would have been possible without the support and commitment of both our partners. This development will allow us to leverage deeper synergies with Jio as we enter our next growth phase. As India’s youngest full-play media organization, we remain committed to winning the hearts of our audiences across all our on-air, on-line, in-store, in-theatre and on-ground businesses- and enriching the digital life of every Indian.”

What started out as a broadcast business with 3 channels – MTV, Nickelodeon and Vh1 – in 2007, Viacom18 today has 44 television channels across 80 countries in 6 different languages. It has also diversified into 5 lines of business, spawning broadcast, digital, films, merchandise and live events. Viacom18 has reported total revenues of Rs. 30407 million in last financial year 2016-17, charting a >40X growth in topline since inception.

About TV18 Broadcast
TV18 Broadcast is the broadcasting arm of India’s leading media conglomerate Network18 Media & Investments, which is controlled by Independent Media Trust, the sole beneficiary of which is Reliance Industries. TV18 operates India’s largest bouquet of News channels across 12 languages and 26 states; with marquee properties like CNBC TV18 in Business News and CNN News18 in English News. Through its JV Viacom18, it also operates a portfolio of entertainment channels across genres, including leading premium local and global brands like Colors, Nickelodeon and MTV. Viacom18 also operates OTT platform VOOT, and produces and distributes films through Viacom18 Motion Pictures.  TV18’s Infotainment JV AETN18 and distribution/syndication JV Indiacast complete the bouquet of offerings, making TV18 a full-portfolio broadcast player. For more information about TV18 and its businesses, visit www.network18online.com .

About VIACOM18
Viacom18 Media Pvt. Ltd. is one of India’s fastest growing entertainment networks and a house of iconic brands that offers multi-platform, multi-generational and multicultural brand experiences. A joint venture of Viacom Inc. and the Network18 Group, Viacom18 defines entertainment in India by touching the lives of people through its properties on air, online, on ground, in shop and through cinema.