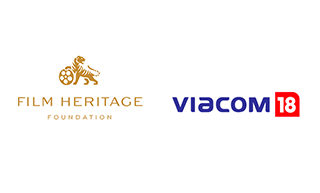 Owing to the extensive support and enthusiasm from the hub of the South Indian film industry, the next edition of the Film Preservation & Restoration Workshop India will explore other regional cinema centres  of India like the Bengal film industry that has its hub in Kolkata.

During the week-long workshop, 52 participants from across India, Sri Lanka, Nepal and Bangladesh were trained in the processes to successfully preserve, archive and restore films and film memorabilia including posters, scripts, photographs, lobby cards, that make up the fabric of India’s cinema history.

Eminent experts from across the globe such as David Walsh, FIAF’s Training and Outreach Coordinator, Camille Blot-Wellens from FIAF, Tina Kelly from Imperial War Museums, Dawn Jaros from The Academy of Motion Picture, Arts & Sciences, Emilie Cauquy from La Cinémathèque française, and Marianna De Sanctis from L’Immagine Ritrovata, Bologna amongst others comprised the faculty of the workshop.

With previous editions of the FPRWI being organized in Mumbai and Pune, the workshop was conducted in Chennai this year in the hope of inspiring the South Indian film industry to take active steps to preserve their rich film heritage.

FPRWI 2017 has trained 52 students in the techniques for repairing damaged and decayed celluloid film, restoring and preserving film posters, lobby cards, song booklets and photographs, and techniques of digital preservation and restoration, etc. A majority of the candidates have been given scholarships enabling them to do the course for free. Job opportunities are available at FHF on successful completion of the course.

About Viacom18:
Viacom18 Media Pvt. Ltd. is one of India’s fastest growing entertainment networks and a house of iconic brands that offers multi-platform, multi-generational and multicultural brand experiences. A joint venture of Viacom Inc. and the Network18 Group, Viacom18 defines entertainment in India by touching the lives of people through its properties on air, online, on ground, in shop and through cinema.