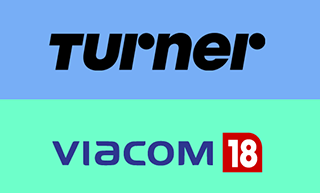 Mumbai, June 23rd, 2016: In a significant move for the Indian video on demand industry, Viacom18 and Turner India have announced a strategic tie-up that will see Turner’s popular kids shows play on Viacom18’s VOOT. This deal will see VOOT add to its already existing powerhouse list of close to 100 characters that cut through broadcast affiliations. Get ready to live the experiences of The Powerpuff Girls, Ben 10, Roll No. 21 and Chotta Bheem alongside Dora, Spongebob, Motu Patlu, Shiva and Pokemon – all within a single destination.

Commenting on the tie-up, Siddharth Jain, Senior Vice President and Managing Director, South Asia, for Turner India, said, “We at Turner are dedicated in engaging consumers and collaborators in new ways to develop immersive worlds that enable our fans to experience our brands, franchises and content wherever, whenever and how ever they like. The collaboration with Viacom18 is a strategic move towards achieving this objective of being where our fans are and we know from our own New Generations 2016 research that 71% of today’s plurals are mobile phone users and 30% of them are on surfing the internet.”

Sudhanshu Vats, Group CEO, Viacom18 said, “Online kids content is one of the major white spaces that exists in the country today. Through a dedicated offering within VOOT, called VOOT Kids we had started our journey to create the largest online destination for kids’ content in India. This vision saw us aggregate content from both within our network brand Nick and outside, to launch with over ~7000 videos of kids content. This strategic partnership with Turner India will further bolster our content repository for VOOT Kids. Additionally, this also brings two powerhouses of kids content on a singular platform to bring forth the best viewing experience for our loyal little viewers.”

Gaurav Gandhi, COO, Viacom18 Digital Ventures further explained, “With close to one-fifth of all viewing on VOOT coming in for VOOT Kids already, we clearly have managed to catch the attention of one of the most discerning audiences and the true digital natives. With this multi-year strategic tie-up with Turner India, we are adding to the depth and variety of content for this audience.”

This first ever industry strategic tie-up will see VOOT hosting Turner India’s popular kids’ shows like The Powerpuff Girls, Ben 10, Dexter’s Laboratory, Roll No. 21, Samurai Jack, Johnny Bravo and M.A.D. In addition to the Turner content, VOOT has its in house franchises like Dora, Motu Patlu and Spongebob, and all the biggest Nick shows as well as over 7000 new videos on the app and website. VOOT already hosts Chotta Bheem and Mighty Raju that run on Turner India’s broadcast channels Cartoon Network and POGO, and Pokemon that airs on Disney’s broadcast network. With kids, who are truly screen agnostic, and are spending considerable amount of time on mobile devices, kids’ content seems to be the next frontier in digital entertainment.

VOOT, launched earlier this year, has a differentiated offering in the kids’ space, housing “VOOT Kids” an especially created destination for kids online. Kids are known to be loyal to characters and VOOT has bet big on its kids’ content.

ABOUT VIACOM18 DIGITAL VENTURES
Viacom18 Digital Ventures is a newly created division within Viacom18 with a mandate to build consumer facing digital businesses for the company. In addition to building direct-to-consumer streaming businesses, Viacom18 digital ventures will also manage all digital licensing and monetization for the company’s content assets. The division will also look at expanding the group’s digital businesses and partnerships via both organic and in-organic routes.
The mission of Viacom18 Digital Ventures is to entertain and enrich the lives of every online Indian, by bringing personalized world-class entertainment experiences on their connected screens.