Media
Viacom18 enters into a strategic partnership with LaLiga; MTV India will now be the exclusive home of the legendary football league 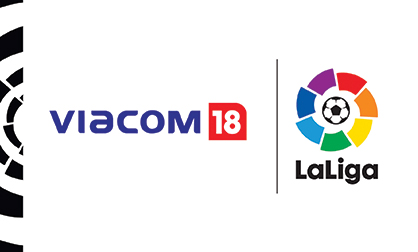 ~The 3-year exclusive partnership will give the network linear and digital rights across the Indian subcontinent.

~Viacom18 will leverage its TV, digital and social assets to make LaLiga a household name in the region.

July 1st, 2021; Mumbai, India: Viacom18 Media, India’s youngest and leading media conglomerate, continues to raise the bar by challenging itself to ensure that Indian viewers are provided with entertainment that is differentiated and fresh. Home to some of India’s more exciting and entertaining properties, Viacom18’s flagship youth brand MTV has now teamed up with LaLiga to bring the Spanish Football League exclusively to the Indian sub-continent for the next 3 years. Enabled and supported by Rise Worldwide, LaLiga will air exclusively on MTV in India, along with select national and regional network channels and live-streamed on Voot & Jio platforms.

Consumption and following of football in India have consistently increased over the past decade, especially amongst the youth. Currently in its 91st season, the iconic league is one of the most followed football leagues across the world and is home to Europe’s finest talent and football clubs including Atlético Madrid, Real Madrid, FC Barcelona, amongst others. MTV is the premier destination for youth entertainment and content in India and boasts of a strong affinity with its young-at-heart viewers. Given the following that Football currently enjoys in India, Viacom18 and MTV are committed to building a wholesome entertainment-driven ecosystem centred around LaLiga, in a bid to further augment the fandom of the game.

Speaking about the association Oscar Mayo, Executive Director, LaLiga said, “We are excited to partner with Viacom18 (MTV India) and further bolster the LaLiga fandom to an ever-growing football fan base in India. Having set one of the highest standards of football globally and India gaining tremendous momentum, we are confident that we will reach and engage with the youthful audience that MTV as a destination appeals to.” 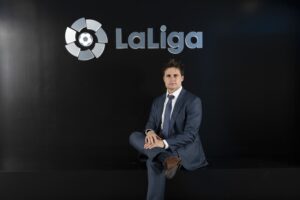 Speaking about LaLiga on MTV, Anshul Ailawadi, Business Head – Youth, Music and English Entertainment said, “We at MTV have always known that football enjoys a groundswell of support amongst young-at-heart Indians. The LaLiga in particular, is a cultural phenomenon all over the World. When the folks from RISE Worldwide introduced us to LaLiga team, we realized that this was a partnership waiting to happen – the vision was common, the vibes were good, and we quickly put pen to paper.” 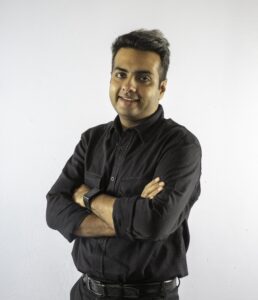 LaLiga will commence on 13th August 2021 and will see Viacom18 put the network’s might behind building reach and resonance for the league amongst Indian viewers. Viacom18 will connect with the football fans through a massive marketing and communications campaign, further building the fandom and outreach for LaLiga in India. MTV’s extensive social media and digital clout will ensure that LaLiga engages fans through a multi-platform approach, potentially making football a part of dinner-table conversations across Indian homes and further widen MTV and Viacom18’s offering to its viewers.

Viacom18 Media Pvt. Ltd. is one of India’s fastest growing entertainment networks and a house of iconic brands that offers multi-platform, multi-generational and multi-cultural brand experiences. A joint venture of Network18, which owns 51%, and ViacomCBS, with a 49% stake, Viacom18 defines entertainment in India by touching the lives of people through its properties on-air, online, on-ground, in-shop and through cinema.

About MTV: MTV, the world’s premier youth brand, is a dynamic and vibrant blend of music and pop culture. With 62 Bn watch minutes across 208 Mn viewers every year, MTV is the culture-capital to the Millennials and Gen-Z, music fans and artists in India. 35 Mn fans following MTV across show pages on social media have made it one of the top brands in social influence as well. MTV consumer products are available across 35+ unique categories through strategic brand licensing tie-ups. MTV strives to entertain, lead, and collaborate with young-at-heart people through its evocative communications, pioneering shows like Hustle, Roadies and Splitsvilla, and cause-led initiatives. For more information about MTV in India, visit www.mtvindia.com

LaLiga is a global, innovative and socially responsible organisation which is a leader in the leisure and entertainment sector. It is a private sports association composed of the 20 public limited sports companies (SADs) and clubs of LaLiga Santander and the 22 of LaLiga SmartBank, and is responsible for organising professional football competitions in Spain. In the 2019/20 season, LaLiga reached 2.8 billion people globally. With its headquarters in Madrid (Spain), it is present in 41 countries through eleven offices and 44 delegates. The organisation carries out its social work through its foundation and was the world’s first professional football league to establish a league for intellectually challenged footballers: LaLiga Genuine Santander.