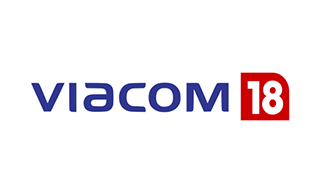 National, 8th May, 2017: As it steps into the 10th year of its existence, Viacom18, India’s fastest growing media and entertainment company, today announced an organisational rejig that aims to dial up synergies across the multiplatform network that houses iconic brands. Led by the elevation of Raj Nayak to Chief Operating Officer, Viacom18, the restructuring exercise is aimed at making the organisation future ready as it enters its next growth phase. With this move Viacom18 has consolidated its national brands aimed at youth and adult audiences viz. Hindi, Youth, Music and English Entertainment offerings under the leadership of Raj.

The role of Ferzad Palia, Head – Youth, Music & English Entertainment has been further expanded, to include two new businesses as the network dials up its content & music offerings. ‘Brand Studio’ will create branded content and white label solutions for partners, along with original commissioned content. ‘MTV Music Project’, will nurture an ecosystem of new and established artistes and create original music content. This is in addition to Ferzad’s existing portfolio that includes MTV, MTV Beats, COLORS Infinity, Comedy Central & Vh1.

With a clear focus on strengthening its rural presence, Viacom18 has also elevated Anuj Poddar from his current role at COLORS Marathi & COLORS Gujarati to lead the rural expansion as Head – Rural Business, including Rishtey Cineplex.

Viacom18 is the leader in the kids entertainment category with the No.1 Kids entertainment channel Nickelodeon and a strong portfolio comprising Sonic, Nick Jr and Nick HD+. Under the leadership of Nina Elavia Jaipuria, Head – Kids Cluster, Viacom18, the network will be growing its presence in the ‘kids ecosystem’ as it plans to enhance its repertoire of homegrown content and drive up its consumer connect with live events, experiential touchpoints and learning initiatives.

Viacom18 Digital Ventures, with Gaurav Gandhi at its helm as COO, will be leading the network’s digital foray with its flagship VoD service, VOOT. In its second year of operations, VOOT will look to grow its portfolio, bolster its content catalogue, collaborate with like-minded partners and launch segmented offerings.

The network’s film studio, Viacom18 Motion Pictures, led by its COO, Ajit Andhare, will continue to create content-driven cinema, while ramping up its regional play, in line with the network’s enhanced focus on regional entertainment.

“Viacom18’s DNA has enabled it to pre-empt market shifts and adopt unconventional approaches to address conventional business challenges. Since inception, our topline has grown 40x and channel count has grown over 12x while being PAT profitable. Today, Viacom18 has 5 diverse lines of business – in addition to a core broadcast offering it now has a strong presence in digital, filmed and live entertainment along with a fast-growing licensing and merchandising operation. None of this would have been possible without our most valuable asset – our team. Our endevaour has always been to build a future ready organisation with distinct capabilities and a distinctive culture with an emphasis on developing internal talent. This new structure will power us as we enter our next growth phase.” said Sudhanshu Vats, Group CEO, Viacom18. While congratulating Raj Nayak on his new role, he said, “Raj is one of those rare leaders in our industry who possess a sharp business acumen coupled with a nuanced understanding of what makes brands iconic.  I am confident that he will be able to take this portfolio of brands to even greater heights as he leverages deeper synergies in his new role.”

Viacom18 has announced that the new leadership structure will be operational with immediate effect.