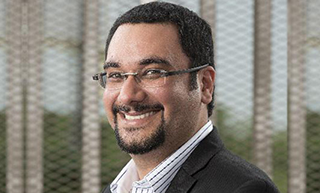 NATIONAL, October 30, 2015: Viacom18, today announced the appointment of Ferzad Palia as the head of Youth Entertainment with immediate effect. In his new role, Ferzad will be heading the iconic youth brand, MTV and the world’s largest indie platform Pepsi MTV Indies. He will be taking on this new role in addition to his existing duties as the head of English Entertainment at Viacom18 which includes brands such as Vh1, Comedy Central and the recently launched COLORS Infinity.

Speaking about Ferzad Palia’s appointment in this new role, Sudhanshu Vats, Group CEO, Viacom18 said, “Appointing Ferzad as the head of Youth Entertainment, along with being a logical move for us – considering his extensive experience in broadcast, is also a strategic one as we drive further synergies between Youth Entertainment and English Entertainment. Ferzad has been instrumental in transforming the English Entertainment landscape in India with Vh1, Comedy Central and COLORS Infinity and I’m sure he will take both MTV and Pepsi MTV Indies to new heights of success.”

Expressing his pleasure regarding his new role, Ferzad Palia, Head, Youth & English Entertainment at Viacom18 said, “MTV, is an iconic brand and it’s my pleasure to have been appointed to take it further on its journey to success. Pepsi MTV Indies with its pulse on the indie subculture in India has been a key driver of change and I’m really looking forward to working closely with the team on it. It’s a new and exciting role for me and I’m really looking forward to creating interesting brand customizations for the youth demographic while driving growth for both, Youth and English entertainment brands at Viacom18.”