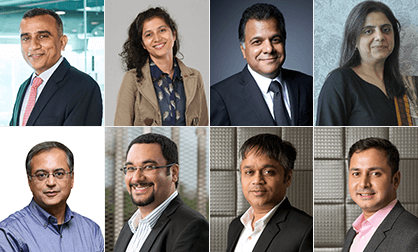 The country’s youngest and fastest growing media organization, Viacom18, today announced a management restructuring aimed to consolidate its growing portfolio play as it prepares to further enhance performance through focused content innovation and collaboration across brands.

Manisha Sharma, who has been the force behind the continued success of COLORS, has now been elevated to Chief Content Officer, Hindi Mass Entertainment. In her new role, she will be heading content for the entire HME cluster including COLORS and Rishtey. Manisha will now report directly to Sudhanshu Vats, Group CEO and Managing Director Designate, Viacom18.

In a first for the organization, Viacom18 has unified all revenue across the network under the leadership of Raj Nayak, Chief Operating Officer.

After establishing the Kids’ cluster of Viacom18 as the country’s foremost one in the genre, Nina Elavia Jaipuria’s role has been expanded to Head – Hindi and Kids TV Network. Her mandate now includes channels across Kids and Hindi Mass Entertainment clusters.

Ravish Kumar as Head – Regional TV Network, will be leading the network’s aggressive foray into regional broadcast entertainment across languages and genres.

Ferzad Palia will continue leading the network’s efforts in strengthening Viacom18’s command on Youth, Music and English entertainment while creating content and experiences for Viacom18’s universe of the young.

Ajit Andhare, will now take on the expanded role of Chief Operating Officer, Viacom18 Studios, as he drives Viacom18 Motion Pictures’ forays into national and regional cinema and builds Tipping Point as a brand for digital content production.

All the above will report into Sudhanshu Vats.

“The first decade of Viacom18 marked the hyper-growth phase for us with ~50X growth in topline. In order to make Viacom18 future-ready and dial up growth across different lines of business, it is imperative to drive synergies, leverage scale and build content capabilities across screens. As we step into our next phase, it is important that we shape an organizational structure that allows us to retain the garage-nimbleness that got us here while enabling Viacom18’s independent business lines to leverage the synergies that consolidation brings. Integrating our revenues  and building content engines to cater to multiple screens across India, under the above leaders, is an important step towards a forward-looking organization.” Explained Sudhanshu Vats, Group CEO and Managing Director Designate, Viacom18.

These organizational changes will be operationalized with immediate effect.