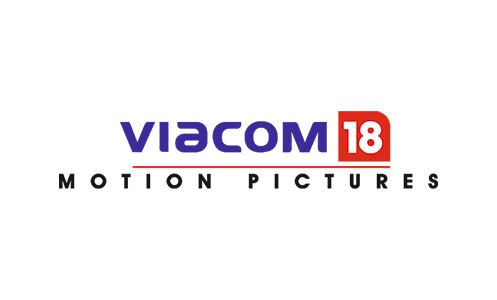 Establishing itself as a pioneer in showcasing pathbreaking films for audience across the landscape, Viacom18 Studios expands the horizon with a towering line-up of Hindi, English and regional language films. Satiating the growing appetite of the audience for content led cinema, Viacom18 Studios has led the charge with films like Queen, Manjhi – The Mountain Man, Toilet – Ek Prem Katha, Padmaavat, the recently released Manto, and the much-anticipated AndhaDhun to name only a few. The studio has carved its place in the industry at the pinnacle of entertaining and meaningful cinema.

Boasting of a Bollywood line-up roaring to take on the movie screens, Viacom18 Studios is scaling its presence in multi-language films including – Tamil, Telugu, Malayalam, Bengali, Gujarati and Marathi.

Commenting on the expansive line-up, Ajit Andhare – COO, Viacom18 Studios, said, “As Viacom 18 Studios expands across languages & regions, we will leverage stories and talent that offer deep connect with movie goers in their local market.

To that effect, in our Hindi slate we have a diverse & innovative mix of films ranging from black comedy like Andhadhun, Baazaar – a first-of-its-kind film based on money & stock markets, a biopic of the larger-than-life Sri Balasaheb Thackeray, Body – a riveting & intriguing thriller, Jalebi – a musical romantic drama, RAW (Romeo. Akbar. Walter) – a big scale espionage thriller and Motichoor Chaknachoor – a heartwarming comedy.

For our regional slate, we’re excited to announce our upcoming film with Karthi and are also teaming up with the Superstar Suriya for a range of Tamil films, while in Telugu we partnered with Vyjayanthi Movies of Shri Ashwini Dutt Garu for Devadas.

In Marathi our films will feature stories of luminaries of Marathi society like Pula Deshpande, Dr. Kashinath Ghanekar and many more.

With the vision of being the most diversified and complete Studio, leading in key film markets, our Hollywood slate features the successful franchises like Mission: Impossible, the Transformer spin-off – Bumblebee AND the much-awaited Top Gun: Maverick.”

Indulging India’s diverse audience, with assorted and delectable flavors of cinema, the studio presents its upcoming slate with films starring the biggest names from every industry.

Bumblebee – Based on one of the most loved and revered characters from the Transformers’ franchise; Bumblebee gives you a sneak peek into the story of the friendly Autobot. Starring Hailey Steinfeld & John Cena. Directed by Travis Knight. Releasing this December.

Top Gun: Maverick – Tom Cruise return as iconic ‘Maverick’ in this much-anticipated sequel to the superhit Top Gun. Slated to release in 2020.

Aani… Dr. Kashinath Ghanekar – Subodh Bhave stars in this biopic based on the first superstar of Marathi cinema, directed by Abhijeet Shirish Deshpande, releasing on November 7, 2018.

Dhh – Winner of a National Award, ‘Dhh’ is a unique tale of three school friends and their innocent quest towards finding magic and conquering exams. Was welcomed by the audience at release on September 28, 2018.

Untitled – The Karthi starrer, is an edge of the seat suspense thriller, that promises to leave audience captivated. Directed by the brilliant Jeethu Joseph

Devadas – Directed by Sriram Adittya T, Devadas is the story of an unlikely friendship between a mafia and a doctor. The film starring Nagarjuna and Nani in lead roles, received an overwhelming response with full-houses across cinemas since its release on September 27, 2018.

Wikpedia (Working Title) – Starring Superstar Dileep in this offbeat comedy-drama directed by the brilliant B Unnikrishnan.

Dhumketu – Kaushik Ganguly’s Dhumketu, the saga of a married man torn between his family life and his mission, starring Dev and Subhashree Ganguly

ABOUT VIACOM18 Studios
Viacom18 Studios is India’s finest fully integrated motion pictures studio that has emerged as a force to reckon with by delivering a stream of critically and commercially successful films. Offering differentiated and meaningful cinema, some of its iconic releases include Padmaavat (2018), Toilet – Ek Prem Katha (2017), Lucknow Central (2017), Drishyam (2015), Gabbar is Back (2015), Margarita with a Straw (2015), Manjhi – The Mountain Man (2015), Mary Kom (2014), Queen (2014), Bhaag Milkha Bhaag (2013), Madras Café (2013), to name a few. Viacom18 Motion Pictures is also one of the few studios to have successfully ventured into regional films across languages like Bengali, Marathi, Punjabi and from the South. The Studio has also backed path-breaking and much-appreciated creative work in the form of hits like Bombay Talkies, Gangs of Wasseypur I and II, OMG – Oh My God! amongst others.

ABOUT VIACOM18
Viacom18 Media Pvt. Ltd. is one of India’s fastest growing entertainment networks and a house of iconic brands that offers multi-platform, multi-generational and multicultural brand experiences. A joint venture of TV18, which owns 51%, and Viacom Inc., with a 49% stake, Viacom18 defines entertainment in India by touching the lives of people through its properties on air, online, on ground, in shop and through cinema.