Media
VOOT UPS THE BOLLYWOOD QUOTIENT; TO BE THE EXCLUSIVE STREAMING PARTNER FOR IIFA 2016 IN INDIA. 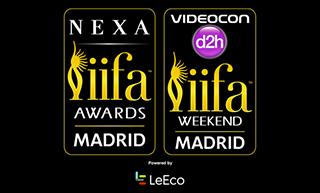 20th June 2016, Mumbai: Riding on the back of an immensely successful launch and a high decibel marketing campaign, VOOT by Viacom18, today announced its partnership with India’s most awaited and celebrated film celebration – IIFA 2016. This strategic alliance with the International Indian Film Academy is in line with VOOT’s promise of bringing differentiated and engaging content to its digital audience.

With IIFA 2016 ready to take off later this month in Madrid, VOOT is gearing up to converge the younger generation who are getting their TV entertainment from Internet-connected devices with the razzmatazz of this Bollywood extravaganza.

Speaking about the association, Gaurav Gandhi, COO, Viacom18 Digital Ventures said, “We are delighted to partner with IIFA to bring the biggest Bollywood Awards extravaganza to the digital audiences In India. Within a very short period, VOOT has already emerged as a go-to online destination for the biggest TV shows, Kids content and Digital Originals (VOOT Originals). With this association with IIFA, which already enjoys a massive fan following in India, we are further strengthening our Bollywood proposition as well. Viewers in India will now be able to stream all IIFA 2016 Awards, IIFA Rocks and related content on their mobile and computer screens on-demand and this will be available exclusively on VOOT”

Sabbas Joseph, Director, Wizcraft International said “IIFA is all about celebrating Indian Cinema and bringing a grand cinematic experience to fans in India and across the world. Within a short span of time VOOT has forged its prominence in the digital entertainment world and we are delighted to be partnering with them for IIFA 2016. The partnership will not only magnify the IIFA experience for its Indian fans – with the content now being available on-demand across screens, but it will also increase IIFA’s overall reach to a newer audience base that prefers to consume content primarily on their digital devices.”

IIFA 2016 hosts the most spectacular celebrity weekend where the stars and their fans converge together in Madrid, Spain. The highlights of the celebrations are the Videocon d2h IIFA Weekend and the Nexa IIFA Awards powered by LeEco. The entire event is organized and produced by Wizcraft International Entertainment.

Hosted by Shahid Kapoor and Farhan Akhtar, the star-studded event will showcase scintillating performances by the country’s foremost heartthrobs Salman Khan, Hrithik Roshan, Priyanka Chopra, Deepika Padukone, Sonakshi Sinha, Tiger Shroff and many more. VOOT will help all Bollywood aficionados to watch them up close and personal on their preferred screens.

Amongst all Indian OTT players, VOOT, in a very short span, already has the most amount of original content.

VOOT is available for free on iOS, Android and web and delivered over mobile and WiFi networks. With a stellar line-up of content available across genres and languages, VOOT assures to keep you definitely wanting for more!

ABOUT VIACOM18 DIGITAL VENTURES
Viacom18 Digital Ventures is a newly created division within Viacom18 with a mandate to build consumer facing digital businesses for the company. In addition to building direct-to-consumer streaming businesses, Viacom18 digital ventures will also manage all digital licensing and monetization for the company’s content assets. The division will also look at expanding the group’s digital businesses and partnerships via both organic and in-organic routes.
The mission of Viacom18 Digital Ventures is to entertain and enrich the lives of every online Indian, by bringing personalized world-class entertainment experiences on their connected screens

About IIFA (International Indian Film Academy)
Conceptualized and produced by Wizcraft International Entertainment Pvt. Ltd. and supported by the key members of the Indian film fraternity, IIFA is the most appreciated South Asian film academy and a global platform that gives the Indian film fraternity an opportunity to reach audiences in international territories. The alliances made via the platform of IIFA provide huge benefits and gain to India but an equally important objective of this prestigious brand is to create similar outcomes in its host country.  The aim is to establish a system of mutual benefit to both India as well as the host destinations by boosting tourism, economic development, trade, culture, cross-border investments and film co-productions.
Wizcraft International Entertainment Pvt. Ltd promotes the IIFA Weekend & Awards globally each year and travel to new, exciting and beautiful destinations, taking the film fraternity with it to unite and celebrate the best of Indian film and culture, thereby taking Indian Cinema& India to a wider audience. www.iifa.com