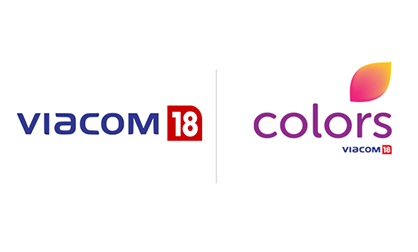 The show promises to keep you in splits every Saturday and Sunday at 9pm, starting April 21st

Mumbai, 16th April 2018:  When the audience demands, we oblige! After a successful innings with Season 1, Entertainment ki Raat@9 Limited edition is back with its second season that is infused with comedy, tons of drama, juicy gossip and entertaining tête-à-têtes with celebrity guests who will be at their candid best, making for wholesome family entertainment on the weekends. Adding oomph and pizzazz to this season will be television divas – Saumya Tandon & Neha Pendse along with RJ Abhilash that join comedians – Mubeen Saudagar, Balraj and child artist Divyansh who will be back to amuse you in their signature style. Produced by Optimystix Entertainment India Pvt Ltd, this entertainment extravaganza premieres on 21st April and will air every Saturday and Sunday at 9pm.

Speaking about joining Season 2, Saumya Tandon said “Speaking about joining Season 2, Saumya Tandon said “Comedy as a genre is my favourite and very tough too.  As a performer it’s very fulfilling to bring a smile on peoples face. I have hosted various formats but Entertainment Ki Raat @9 allows me to use my anchoring skills to entertain the viewers and the guests on the show. This show is the perfect mix of entertainment and we hope to make viewers across the country have a good time at the end of a long, hard week.”

Neha Pendse further added saying, “The vibe on the sets is amazing and I am delighted to have joined the team for this limited edition. This comedy brigade jams together, improvises on acts and together – we will tickle your funny bone with one hour of unlimited entertainment.”

Reprising his role in the second edition, Mubeen Saudagar concluded saying, “After the staggering success of Entertainment ki Raat, we are glad to have had this extension; with the new additions to our team coupled with fun chats, quirky tasks and Bollywood’s most loved celebs – we promise to up the ante of entertainment and continue engaging with our fans.”

Kickstarting the show will be Bollywood’s Baba aka Sanjay Dutt followed by B-town mommies Farah Khan and Raveena Tandon in episode 2. At his candid best, Sanjay Dutt spoke about his time in prison as well as the happiness he gets from being with his family while Farah and Raveena reminisced about their antics from college and what motherhood entails. Celebrity couple Bipasha Basu and Karan Singh Grover, the charming Karisma Kapoor and the witty Ganesh Acharya are the next in line on the celebrity list. So, let laughter be your medicine and stay entertained on the weekends by tuning into COLORS every Saturday and Sunday at 9pm!